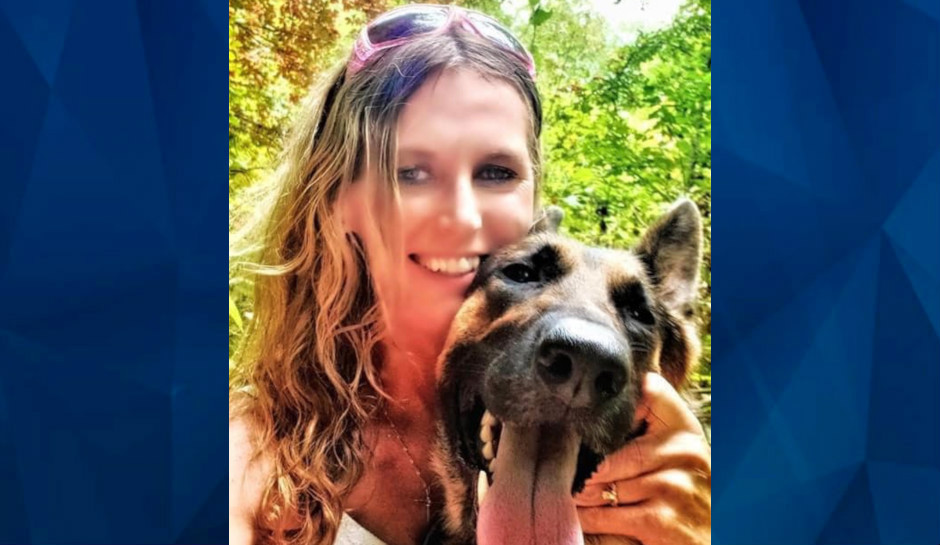 Sinéad Lyons, 41, was last seen walking with her German Shepherd near the shores of Lake Ossipee in New Hampshire on March 11, as CrimeOnline previously reported.

A New Hampshire Fish and Game dive team found Lyons’ body in the lake at about 2 p.m., WMUR reported. While the case remains under investigation, officials do not suspect foul play.

After she was reported missing, her car was found in a parking lot near the lake. Search teams had looked in the area on foot, from the air, and by water, but ice on the lake limited searchers. Crews went back to the area on Friday as ice melted.

“She was doing exactly what we believed she was doing, walking along the edge of this pressure ridge, and she then went through the ice at some point or on the edge maybe of where the Bear River comes into Lake Ossipee,” New Hampshire Fish and Game Law Enforcement Division Capt. Michael Eastman said. “I would say that’s probably where she went into the water.”

It’s with a heavy heart that I write this, my beautiful big sister has been found along with Flossie. They have both…

Lyons’s sister, Sandra Lyons, posted on Facebook that her dog Flossie was also found in the lake.

Lyons, who lived in Lowell, Massachusetts — about 90 miles south of Lake Ossipee — was originally from Ireland. Her family flew in to be near while the search continued.

“It’s a sad situation,” Eastman said. “Our heart goes out to the family. They certainly traveled a long distance to get here for this. It’s sad.”