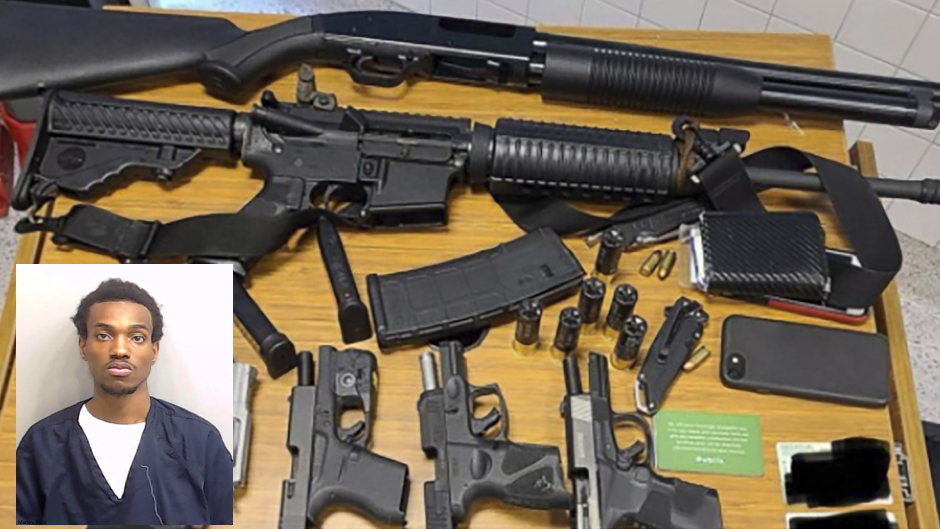 A man was arrested at a Georgia supermarket on Wednesday while reportedly wearing body armor and carrying a stash of weapons.

Rico Marley, 22, allegedly walked into an Atlanta Publix with two long guns and four pistols, as CrimeOnline previously reported. Responding police officers spoke with the store’s manager, who said Marley came in holding a rifle and walked into the bathroom, according to the Atlanta Journal-Constitution.

Officers reportedly apprehended Marley as he left the bathroom. Marley allegedly concealed the five other guns in his possession. WSB-TV reported that police also found ammunition on Marley.

“I saw an AR-15. And I was like, you know, this kind of startled me just again with events that recently happened in the grocery store up in Colorado,” a witness told the news outlet.

The witness said he did not speak to Marley in the bathroom, and Marley made no effort to hide the rifle.

“The weapon was leaned up in the stall of the bathroom, and it was not in a case. I saw it clear as day. I just took my time to report it,” he also told WSB-TV.

As police responded to the scene, law enforcement was investigating a suspicious package located in the parking deck. It is unclear if and how the two incidents are connected.

Conan Daily reported that Marley has a 2017 arrest for simple assault in Dekalb County, but the case was dropped due to an unspecified technicality.

WSB-TV reported that Marley has a carry license. Despite this, he was charged with possession of a firearm or knife during a commission of or attempt to commit certain felonies and criminal attempt to commit a felony.

It is unclear what prompted Marley to go into the store with guns and body armor. He underwent a mental evaluation before he was transported to jail.