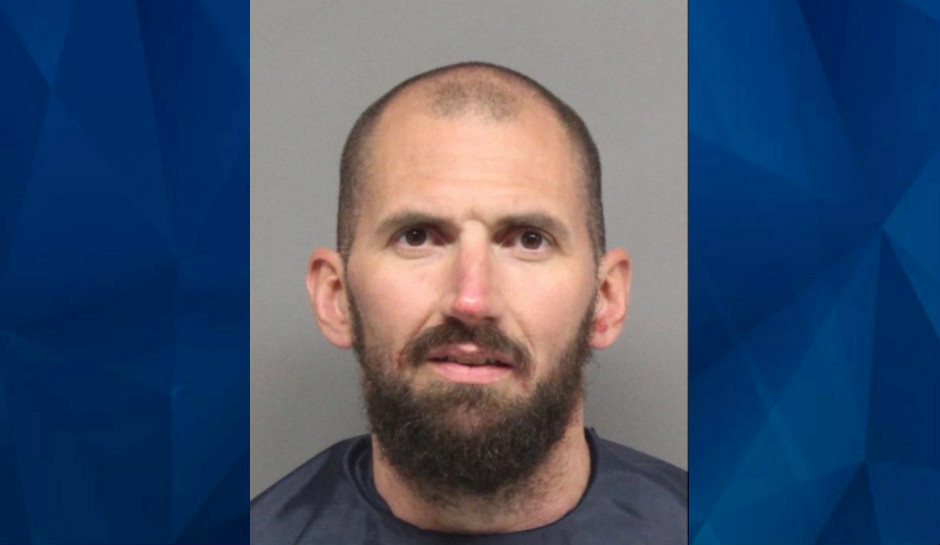 A Colorado man was arrested in Iowa this week after a gun store refused to sell him a semi-automatic rifled when he told staff he was surprised his friends didn’t think he was the shooter at a Boulder supermarket on Monday.

The Interstate 80 traffic stop was initiated when a driver called dispatchers just after 11 a.m. and reported “that a white vehicle displaying a Colorado license plate “NOHATE” had been tailgating him, passed him twice, and then accelerated to what the caller estimated to be 120+ mph,” an arrest affidavit unsealed on Friday says.

A Nebraska state trooper found the vehicle, by then traveling well below the speed limit. He followed when Vannoy exited the interstate and stopped him. Vannoy was eventually arrested on multiple weapons and gun charges when the trooper found marijuana, six firearms, an unregistered silencer, ammunition, a bulletproof vest, a Kevlar blanket, two wigs, an Air Force jumpsuit costume, and a body camera on his person or in the vehicle.

According to the affidavit, Vannoy told the trooper “he was leaving Denver before he was killed.” His neighbors didn’t like him, he said, “because when he moved into the area he raised the property values.” He also said he’d gotten into a fist fight with a neighbor and eventually had  mental breakdown and quit his job.

The trooper arrested Vannoy and put him in his patrol car to drive him to jail. “At one point, Vannoy said that he was going to use his time in jail to think about getting even with people,” the affidavit says, which the trooper interpreted as a threat. While in jail, the affidavit says Vannoy “made numerous threats toward guards, threating to kill one of them, exposed his penis to the guards, and had thrown his feces from his cell into the common holding area.”

Despite the weapons and the behavior, Vannoy was released on March 17 on a $5,000 bond. A week later, he was in Iowa, where he tried to buy an AR-15 style rifle but was denied. In between the two incidents, he posted videos to Instagram, including one in which he showed a receipt indicated he’d purchased $3,000 in merchandise at Brownells, a large gun dealer in Grinnell, Iowa, the AP said. He said in the videos that he thought the best way to prove to Nebraska authorities that he wasn’t planning criminal action was to rearm himself.

A Brownells spokesman, however, denied that the company sold any firearms to Vannoy.

Vannoy appeared in court in Iowa on Friday, and US Magistrate Judge Stephen Jackson ordered him detained pending further proceedings, including a possible extradition to Nebraska, the AP reported.