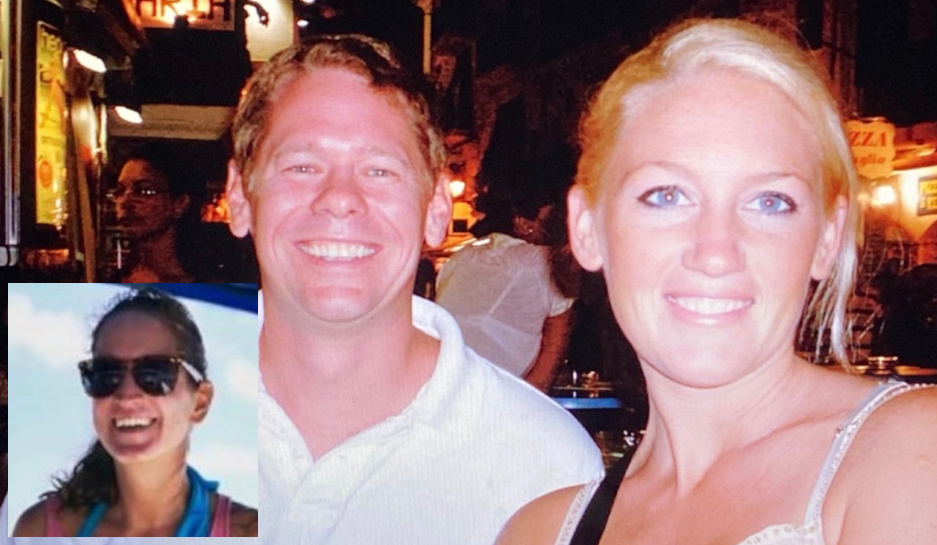 Ryan Bane’s ex-wife revealed in a newly released interview this week that the American boyfriend of missing Brit Sarm Heslop verbally abused her daughter to the extent that she wouldn’t leave the two of them alone together.

Cori Stevenson previously told CrimeOnline about Bane’s 2011 arrest for domestic violence. But in an interview with Fox News on Thursday, Stevenson said that Bane lost his temper “dozens of times” with then pre-teen Grace, who is now 20 years old.

“I couldn’t leave Ryan home alone with Grace, because he would be so mean to her,” she said.

Stevenson described an incident when Bane sent Grace, then either 8 or 11 years old, to find a television remote. When she couldn’t find it, Bane went in search of it himself and shouted in her face when he found it.

“He got so pissed that he marched upstairs, pulling her with him, picked her up, threw her down on the bed,” Stevenson said. “There’s a lot of instances like that that I didn’t find out until a little later. Grace didn’t say anything for quite a while.”

Another time she returned home from grocery shopping to find Bane screaming at Grace for allegedly misusing a slingshot he gave her.

“I mean red-faced, vein popping out of his neck, insane screaming,” she said. “I walk in, and Grace is standing there hysterically crying – and I’m like, ‘What the hell just happened?'”

“He was like, ‘She could’ve broke the window,’” Stevenson said. “He was insane. I just grabbed her and left the house.”

Heslop vanished on March 8, allegedly after having dinner with Bane on St John in the US Virgin Islands. Bane said that the two watched a movie and went to sleep, and Heslop was gone when an anchor alarm woke him at 2 a.m.

But police said he refused to let them search his boat, the Siren Song, and has since left Frank Bay, where the boat was moored when Heslop disappeared, and sailed away. USVI police say they know where he is. He has not been named a suspect in the disappearance, and police say they don’t have probable cause for a search warrant.

But Stevenson told Fox News that she started carrying a gun wherever she goes when she heard Bane and sailed from Frank Bay.

“I have my concealed carry I don’t usually have my gun on me,” she said. “But since this started, it’s on me every day. Everywhere I go, it’s with me.”