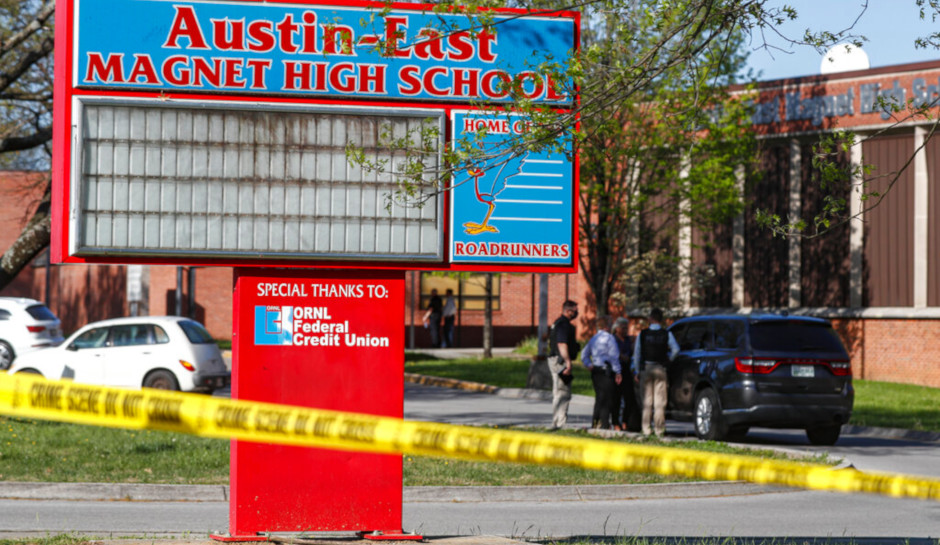 A police officer was wounded in the leg, officials said.

A teenage student was killed and a police officer wounded in a Monday afternoon shooting at a Knoxville, Tennessee, high school.

The Tennessee Bureau of Investigation said that police arrived Austin-East Magnet High School shortly after 3 p.m. after receiving a call of a possibly armed student. Officers located him in a restroom.

Officers ordered the student to come out, and, when he didn’t comply, they entered. The student reportedly fired at officers, hitting one of them, and was killed by return fire. He was pronounced dead at the scene, Rausch said. Only one officer fired, TBI said.

Knox County Schools superintendent Bob Thomas said that the school would be closed Tuesday and Wednesday, including online classes, according to Knox News.

“What happened here today is a terrible tragedy and I’m heartbroken that this awful incident occurred in one of our schools,” Thomas said.

A source with direct knowledge but not authorized to speak told Knox News that the school resource officer was wounded, as CrimeOnline previously reported. Police told WBIR he was shot at least once in the upper leg and taken to the University of Tennessee Medical Center.

“It was just very chilling,” Thomas said. “First of all to hear that we have an officer down, second of all that it was at a school. It’s a sad day for the Knoxville police department and for our community.”

Knoxville Mayor Indya Kincannon told reporters she had spoken with the officer, who was in good spirits.

Rausch confirmed that one person was detained after the shooting but was a witness, not a suspect.

None of the names of people involved have been released.