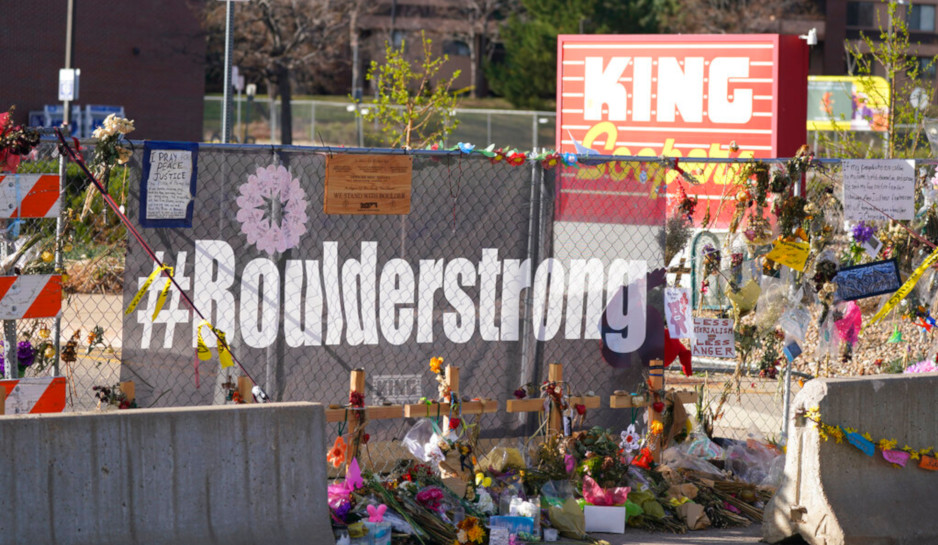 District Attorney says Ahmad Al Aliwi Alissa had 10 high capacity magazines, which are illegal to own in Colorado, but investigators suspect he may have legally bought the parts and built them.

Prosecutors in Colorado revealed Thursday that the man accused of killing 10 people at a Boulder supermarket last month had 10 high-capacity ammunition magazines, which had been banned in the state after mass shootings in 2012.

Boulder County District Attorney Michael Dougherty told reporters that nine people were killed in the King Soopers store on March 22 before police officers arrived. The 10th victim, Eric Talley, was one of the first police officers to enter the store, Dougherty said, according to the Associated Press.

About 115 people were in the store and another 25 were outside, where Alissa allegedly began his rampage.

Alissa was taken into custody after he was shot in the leg during a second wave of officers storming the store, about 30 seconds after Talley was shot.

Dougherty said that Alissa possessed the high-capacity magazines illegally, thanks to the 2013 law that made it illegal to sell or possess magazines that hold more than 15 rounds, but investigators don’t believe he bought them illegally. To skirt the law, some gun stores sell parts for the magazines, allowing gun owners to assemble them. Once assembled, it is illegal to have them, but buying the parts is legal.

The prosecutor said Alissa had some of the magazines on him when he was arrested, and others were found in a vehicle parked outside the King Soopers. He did not say how many bullets the magazines held or how many unused bullets officers recovered.

The 19 new victims listed in Wednesday’s court filing includes 11 police officers. Some of these victims are connected with more than one count of attempted murder, reflecting two versions of the charge: whether Alissa intentionally tried to kill them or did so through “extreme indifference” to human life.”

Investigators have not yet determined a motive for the shootings, and Dougherty said it doesn’t appear Alissa had ever been to the King Soopers before.

Court records say Alissa is due back in court for a status hearing on May 25.

Read more about the shooting from CrimeOnline.