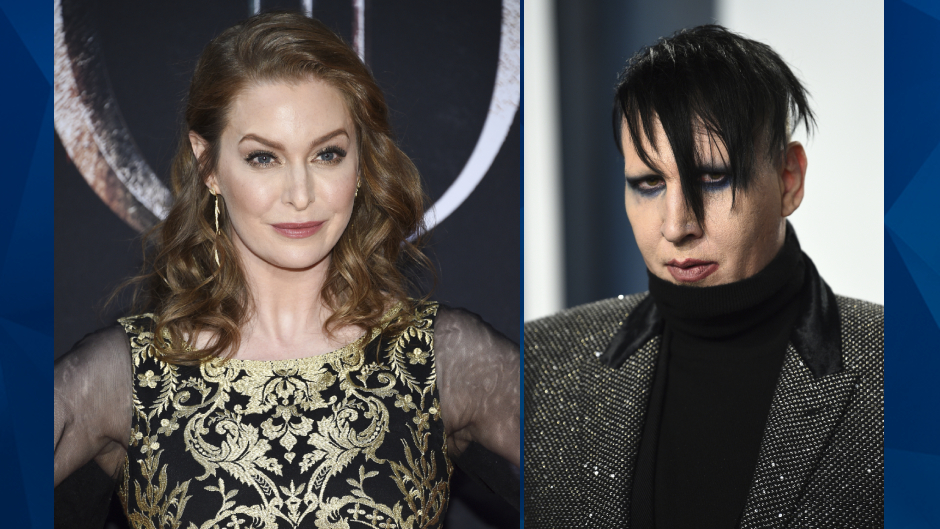 Bianco first made the allegations in February, as CrimeOnline previously reported, shortly after “Westworld” actor Evan Rachel Wood publicly named the singer as the person who abused her for years while they were dating. At the same time, Vanity Fair reported that four other women, who have not been identified, had made similar accusations.

Bianco’s lawsuit, filed in US District Court for the Central District of California, accuses Manson of raping and abusing her while they dated in 2011, the Los Angeles Times reported. The suit also accuses Manson, his former manager Tony Ciulla, and Ciulla’s management company of violating human trafficking laws by flying her from London to Los Angeles to appear in various projects that never materialized.

Attorneys for the two said in statements released Friday the allegations were “provably false” and “offensive and absurd.”

According to the lawsuit, Manson’s then-fiancee, Dita Von Teese, introduced Bianco and Manson in 2005. Manson “made his first sexual overtures” toward her after his 2007 divorce, it says. He first brought her to California in 2009 for a a music video for “I Want to Kill You Like They Do in the Movies,” but the suit says no crew was on site and Bianco “was not provided food during the four days … but was given drugs and alcohol.”

“Perhaps most horrifyingly,” the lawsuit said, “Mr. Warner locked Ms. Bianco in the bedroom, tied her to a prayer kneeler, and beat her with a whip that Mr. Warner said was utilized by the Nazis.”

At other times, Manson chased her around the apartment with an ax, “threatened to interfere with her visa process,” and “used drugs, force, and threats of force to coerce sexual acts.”

Ciulla, who stopped representing Manson when the allegations against him first came out in February, knew about the abuse, the lawsuit says.

“For far too long my abuser has been left unchecked, enabled by money, fame and an industry that turned a blind eye,” Bianco said in a statement released after the lawsuit was filed. “Despite the numerous brave women who have spoken out against Marilyn Manson, countless survivors remain silenced, and some of their voices will never be heard. My hope is that by raising mine I will help to stop Brian Warner from shattering any more lives and empower other victims to seek their own small measure of justice.”

The lawsuit seeks punitive, compensatory and actual damages to be determined by the court, as well as legal fees and costs.

Also in February, the Los Angeles County Sheriff’s Department said its Special Victims Bureau is investigating domestic violence claims against Manson that occurred between 2009 and 2011, when he lived in West Hollywood.