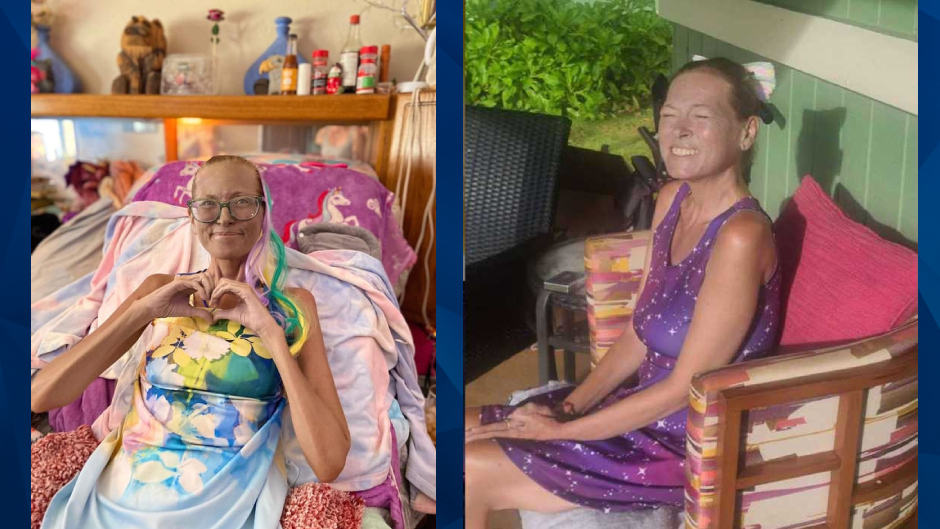 Photos taken weeks before the leader’s death suggest she was ingesting colloidal silver, a mixture that causes purple skin and various health complications if taken in excess. Cops believe she may have been dead for weeks before she was found.

“Love Has Won” leader Amy Carlson, 45, was found deceased in the bedroom of a Moffat home on April 28. KDVR reported that her mummified corpse, which was found on a bed, was wrapped in a sleeping bag and Christmas lights and glitter was apparently put around her eyes.

A source told The Guru Magazine that a member alerted authorities about other followers transporting Carlson’s body. Saguache County police subsequently revealed to the publication that Carlson — who was called “Mother God” — appeared to be dead for several weeks to a month before she was found.

According to KDVR, a suspected member told police that he opened his home to members without a place to stay on April 27. The male member claimed he returned to his home and discovered Carlson’s body — which he said appeared mummified with her teeth visible through her lips.

Other followers reportedly stopped the male member from leaving the home with his son, prompting him to report the incident to Salida police. The police department forwarded the report to Saguache County police, where the man’s residence is located.

It still remains unclear where, when, or how Carlson died.

A photo reportedly posted to social media on April 14 appears to show Carlson unconscious and being held by Castillo, who was her boyfriend. Mt. Shasta Herald reported that several Love Has Won members lived at an RV park in Mt. Shasta, but were recently ousted for having too many people occupying their RV.

On April 16, Carlson’s family reportedly called an ambulance for Carlson as she was having trouble breathing and her eyes were rolling into the back of her head. A source told The Guru Magazine that paramedics arrived at the cult’s rented cabin in Dunsmuir, but they left after members claimed Carlson was not there.

The same day, the group allegedly said on a Facebook live video that Carlson was near death. The Guru News reported that a picture taken three weeks before Carlson’s death shows her very frail and with purple skin — an apparent side effect of ingesting large quantities of colloidal silver.

According to the Herald, Love Has Won’s website (which appears to have been taken down) lists their address in Crestone — not far from Casita Park, where a neighbor told The Guru Magazine they had seen masked members carrying wheelbarrows and digging in the field behind a home.

Two children who were at the home where Carlson was found dead were taken into protective custody, according to the news outlet.