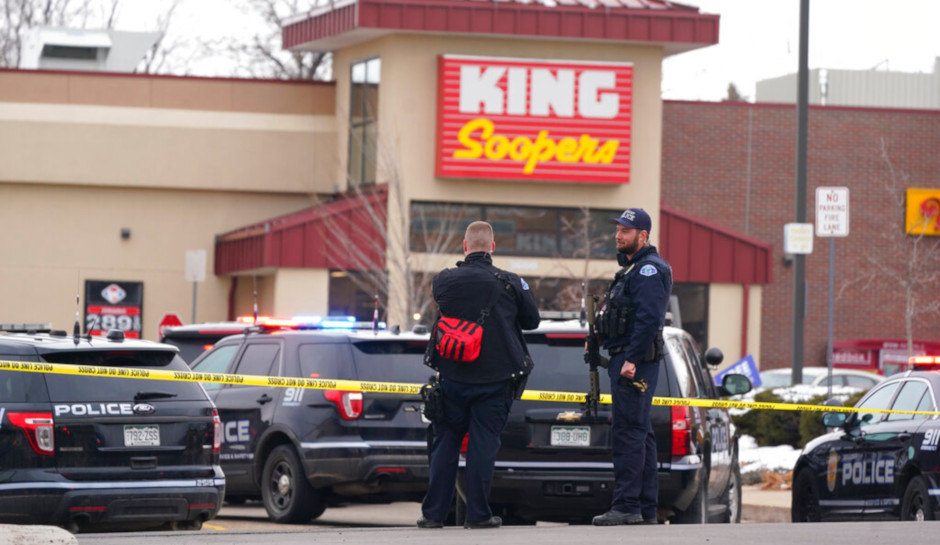 A review of the police shooting of the man suspected of killing 10 people inside a Colorado supermarket in March was justified, the Boulder County district attorney said Thursday.

Michael Dougherty released a review of the shooting conducted by his office and the Boulder County Critical Incident Team that detailed the movements of police officers after their arrival at the King Soopers store on March 22 and said that Officer Richard Steidell was the only officer to fire at Ahmad Alissa, striking him in the right thigh. Alissa surrendered shortly afterward.

Alissa, 22, has been charged with 54 counts related to the shooting, including 10 counts of first degree murder and multiple attempted murder charges involving 19 shoppers and police officers, as CrimeOnline previously reported.

According to the report, three police officers were the first to enter the store just at 2:36 p.m. on the day of the shooting, just six minutes after the first call came in. Officer Eric Talley, who was killed, was in the lead position. The other two officers withdrew after Talley was hit, and one of them joined the next wave of officers — which included Steidell — to enter the store behind an officer who carried a ballistics shield in front of them.

That group entered at 2:38, initially intending to get Talley out of the store. They were almost immediately fired upon, with the rounds passing just over the heads of three of the officers and between the heads of two others, shattering the glass behind them. Steidell dove to the floor and saw the shooter down an aisle with a long gun. He fired at the shooter — there were no customers in the aisle — and remained still on the floor as the gunman stepped out of sight.

About a minute and a half later, the gunman again stepped into Steidell’s view and raised his weapon toward the officers. Steidell fired again, and the suspect again moved out of view. Steidell stood up and took cover.

Those were the last shots fired in the supermarket rampage, the report said. Alissa surrendered to a SWAT team that entered the store shortly afterward. He was taken to a hospital for treatment of the single gunshot wound to his thigh.

“No civilian was shot or killed after Boulder Police Officers entered the store,” the report said. “No person other than Officer Steidell fired a weapon at the shooter. Officer Steidell’s were the last shots fired by anyone inside the King Soopers on March 22. The shooting ended with the shots by Officer Steidell.”

“Officer Steidell believed that the use of force was required to prevent an imminent threat of serious bodily injury or death to himself or another peace officer,” Dougherty wrote in the review. “His beliefs were both objectively reasonable and, upon further review, correct.”

Dougherty is to hold a town hall to go over the shooting review next week. Alissa is due in court again on May 25.

[Featured image: Police work on the scene outside of a King Soopers grocery store where a shooting took place in Boulder, Colorado, on March 22. (AP Photo/David Zalubowski, File)]