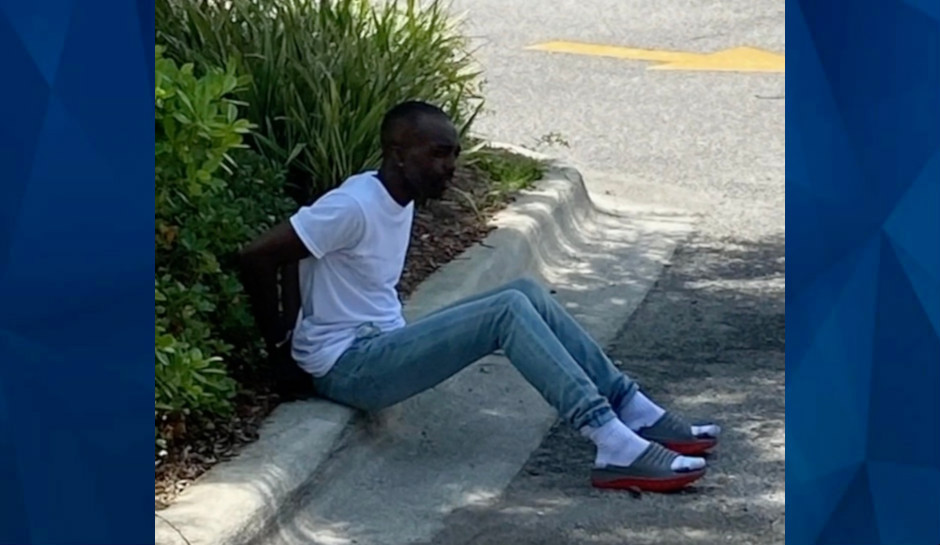 The suspected Times Square shooter fled south in an SUV with forged plates, driving with his girlfriend and two dogs all the way to Florida Wednesday when he ran out of gas and stopped at McDonald’s in Starke.

US Marshals caught up with him there, arresting him as he ate lunch in the parking lot, according to the New York Daily News.

Farrakhan Muhammad, 31, is accused of firing the bullets that struck three innocent bystanders – including a 4-year-old girl — in Times Square on Saturday, as CrimeOnline previously reported. Police named Muhammad as a person of interest after a chance encounter with his brother, who said Muhammad was actually shooting at him in the incident.

Investigators had already determined Muhammad was likely headed south, and surveillance video captured him and his girlfriend, 22-year-old Kristine Vergera, buying dog food at a Walmart in Fayetteville, North Carolina, according to New4Jax, which said Vergera is from Jacksonville, Florida.

Fears of a gasoline shortage had created a shortage of gas in Florida after a cyber attack temporarily shut down a pipeline, and Muhammad and Vergera ran low on gas and couldn’t find a station. They stopped at McDonald’s to eat, and officers tracked them down.

The outlet said Vergera told detectives she was bringing Muhammad to Florida to escape law enforcement, but Muhammad told a WCJB reporter who spoke with him at the Bradford County Jail that he had no idea anyone was even looking for him when officers approached him.

“The cops told me I was wanted for questioning, so I complied,” Muhammad said.

The Times Squares victims are all recovering from their injuries. Skye Martinez, 4, and Wendy Marginat, 23, were struck in the leg, and 43-year-old Marcela Aldana was hit in the foot.