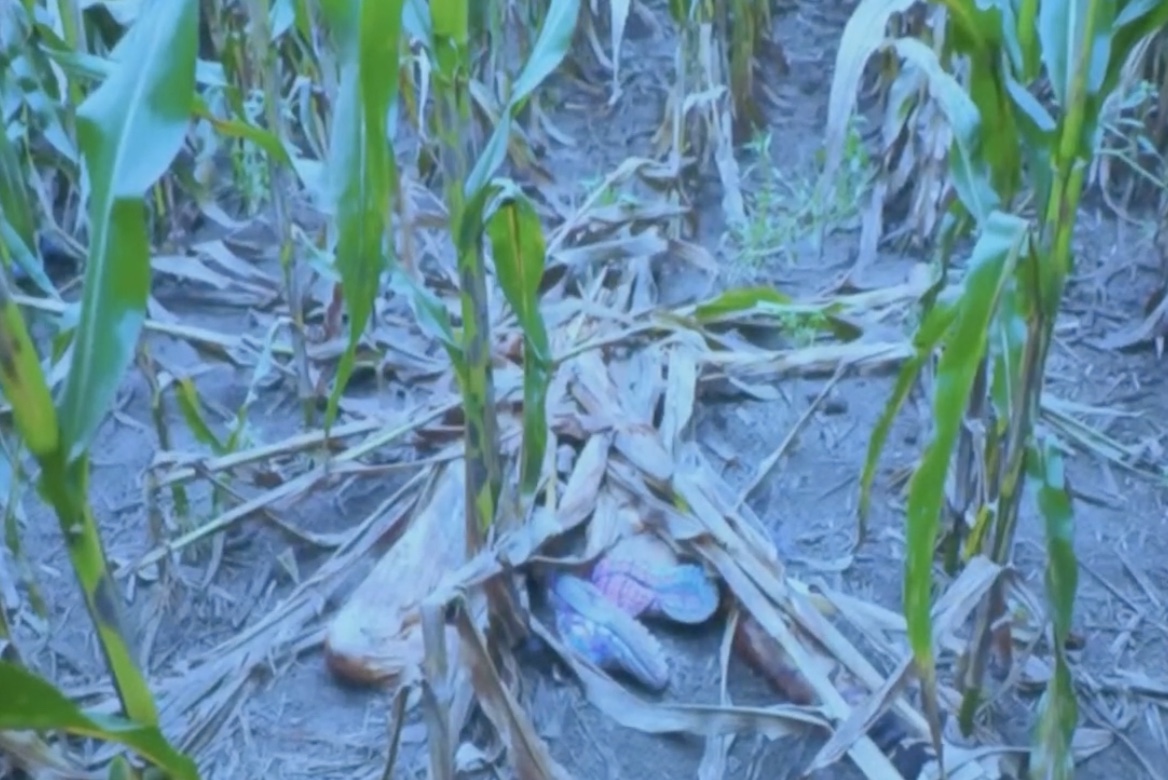 Prosecutors showed graphic photos of the crime scene where the body of  20-year-old University of Iowa student Mollie Tibbetts was found a month after she disappeared in the summer of 2018.

Former farmhand Cristhian Bahena Rivera is on trial for the murder of Tibbetts, who disappeared while jogging on July 18 in Brooklyn, Iowa. On Thursday, jurors saw surveillance video showing a distinctive Chevrolet Malibu that appeared to be circling the area where Tibbetts was jogging. That car was later determined to belong to Bahena Rivera.

Days after first detectives first questioned the suspect — on August 18 — he reportedly led them to Tibbetts’s body in a cornfield, as CrimeOnline previously reported.

Witnesses on Friday described the discovery of the body, which had been covered in cornstalks deep in the field. While jurors saw the more graphic photos of the body after investigators had removed the cornstalks, those photos were not shown on the video feed shared with news agencies, the Des Moines Register reported.

DCI crime scene investigator Amy Johnson described each photo presented into evidence, including photos of what appeared to be a pair of black shorts, a pink headband, and a pair of striped underwear, all found several feet from the body. Jurors showed little reaction when viewing the photographs, but just before the lunch recess — while Johnson was testifying — one of the jurors pointed out to the judge that the pool photographer had been taking pictures of their faces.

The photographer responded that her editor had told her photographing jurors was not against the rules and told her to “capture expressions.” Yates asked if he should jail the editor or the photographer first, adding that it wasn’t a joke. Eventually, he had the photographer erase the photos she had taken and seized the memory card, then sent the photographer home after deciding no further punishment was not necessary.

“She is what I would say is a relatively young media person,” Yates told the jurors when he brought them back into the courtroom. “She made a mistake. She’s on her way home, and she’s not going to be back in this courtroom for the remainder of this trial.”

The final witness on Friday was Tara Scott, a DNA specialist from the state crime lab, who testified about DNA evidence collected from the cornfield and from Bahena Rivera’s car. While much of the DNA evidence, particular any found in the cornfield, was too degraded or was inconsequential to the case, a bloodstain found on the trunk liner of the suspect’s car matched Tibbetts with a 1 in 8.2 nonillion (30 zeros) chance it could be someone else.

The trial will resume Monday morning.