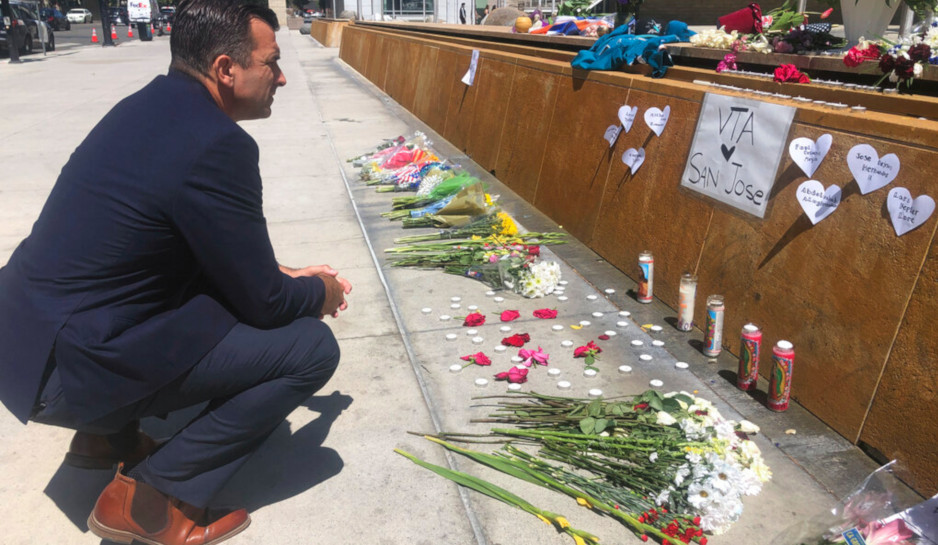 The California transit worker who shot dead nine co-workers and himself Wednesday morning was armed with 32 illegal high capacity magazines when he arrived at the Valley Transportation Authority light rail yard in San Jose.

Sheriff’s Deputy Russell Davis said that Cassidy apparently carefully selected his targets, telling at least one person, “I’m not going to shoot you” as he fired.

A statement released by the sheriff’s office on Thursday said that investigators have not determined Cassidy’s motive but have confirmed he was “a highly disgruntled VTA employee for many years, which may have contributed to why he targeted VTA employees.”

FBI Special Agent in Charge Craig Fair told the News that Cassidy used three handguns in the shooting, all legally obtained. His 32 magazines, however, contained at least 11 rounds each, more than the 10 round limit set by California law.

Fair said Cassidy “had numerous other firearms legally registered to him, including shotguns and long rifles” but only used the three handguns.

The Wall Street Journal reported on Thursday that Customs and Border Protection agents detained Cassidy in 2016 when he returned from a trip to the Philippines. According to a Department of Homeland Security memo, agents determined that Cassidy hated his work place and possessed “books about terrorism and fear and manifestos … as well as a black memo book filled with lots of notes about how he hates the VTA,” when he was detained. “When asked if he had problems with anybody at work, he stated, ‘no.’”

It’s not clear if DHS told VTA about the incident, and Fair told the News that he was never investigated by the FBI.

Seven of Cassidy’s victims were found dead at the scene. One died on the way to the hospital, and the ninth died Wednesday night from his wounds.

The superintendent said that survivors say Taptejedeep Singh and Balleza were killed trying to get their coworkers to safety.