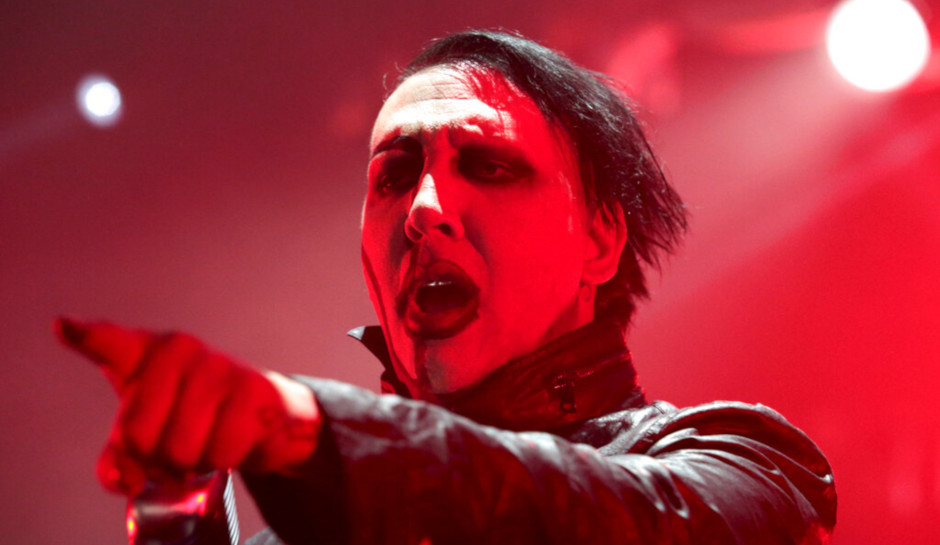 Marilyn Manson ex says he raped her, forced her to watch gruesome video about young fan

Another lawsuit has been filed against rocker Marilyn Manson, this time by an ex-girlfriend who says he raped her and forced her to watch a video that made it appear he killed a young fan.

The woman, identified as Jane Doe, says she began dating Manson, whose real name is Brian Warner, in 2011 and that at first their relationship was romantic.

TMZ obtained a copy of the lawsuit, which says that Doe alleges Manson showed her a home movie called “Groupie,” which he kept locked in a safe. Manson reportedly told her it was shot in 1996, after a show at the Hollywood Bowl. The video allegedly shows Manson tying a young woman to a chair, forcing her to drink a band member’s urine, and threatening her with a gun. According to TMZ she said the video made her fear for her own life.

A source close to Manson told TMZ that the video in question was a short, scripted film intended to be used in a future project but never released.

Doe also claimed that Manson forced her to the ground and raped her, face down, when she returned a key to his home. Afterward, she said, he threatened to kill her.

The claimant is seeking damages and a declaration from Manson that he broke the law.

Two other women have previously filed lawsuits against Manson alleging sexual assault — his former assistant, Ashley Waters, and “Game of Thrones” actor Esme Bianco, as CrimeOnline previously reported. Additionally, “Westworld” actor Evan Rachel Wood has publicly named the singer as the person who abused her for years while they were dating. At the same time, Vanity Fair reported that four other women, who have not been identified, had made similar accusations.