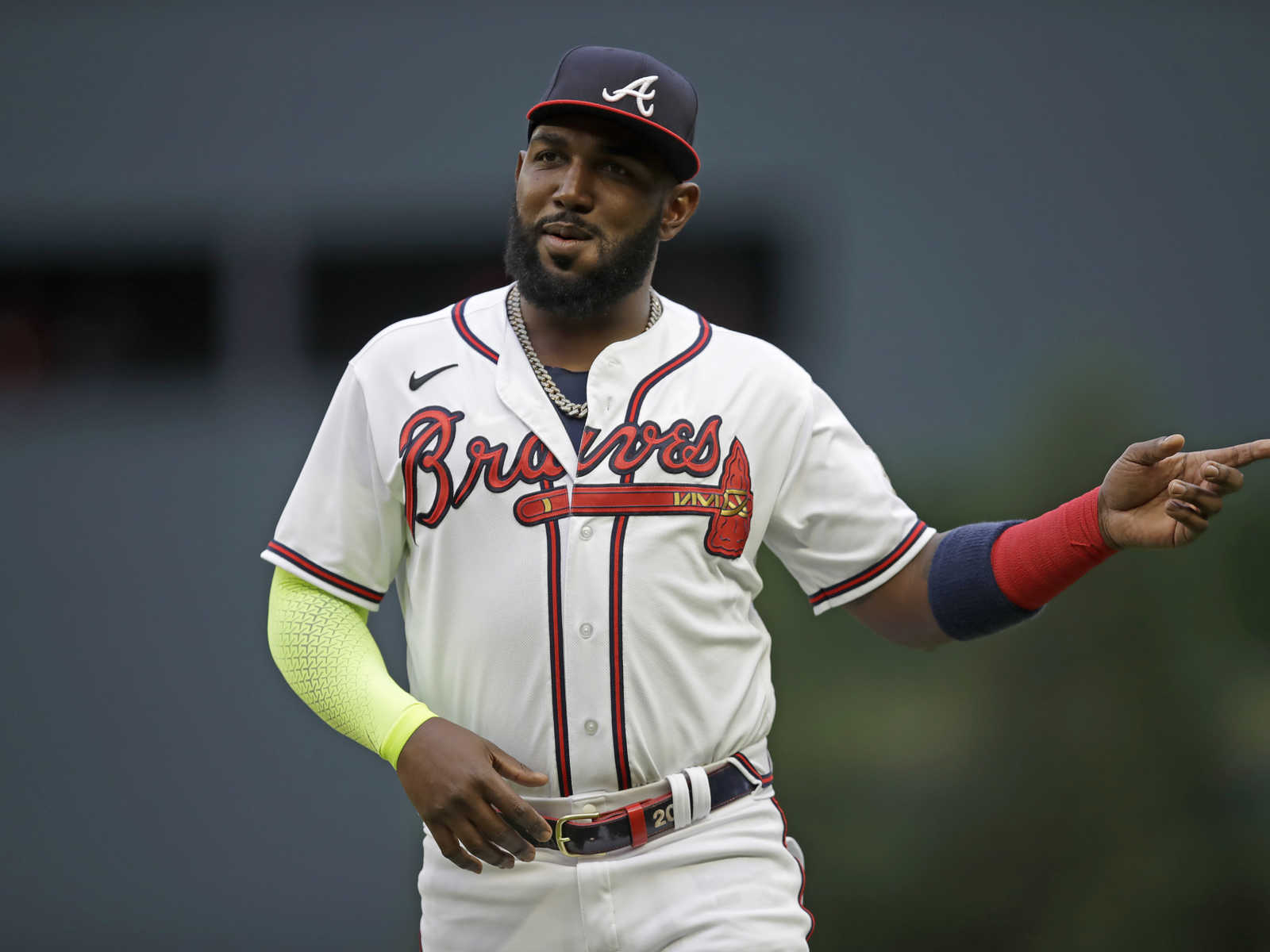 Court docs: MLB player threatens to kill wife before strangling her in pattern of physical abuse

Atlanta Braves outfielder Marcell Ozuna allegedly threatened to kill his wife before he was found strangling her over the weekend, an attack that she says was part of a pattern of physically abusive behavior, WSB-TV reports.

Ozuna, 30, was arrested Saturday at his home in Silver Springs, Georgia.

WSB-TV obtained a copy of an arrest affidavit that shows Ozuna’s wife, Genesis, called 911 while the two were in a heated and violent argument over alleged infidelity.

According to the affidavit, Ozuna took his wife’s cellphones while she was in the shower and he refused to give them back, at which point Ozuna is alleged to have threatened his wife’s life. She subsequently called 911.

“He threatened to kill her and she threatened to call 911. She took his cellphone from a table and called 911,” the affidavit reads, according to WSB-TV.

Genesis then chased Ozuna out of the house and he allegedly told her in Spanish that he was “not going to hit her harder because the police were en route,” the affidavit states, according to the television station.

Genesis returned to the inside of the residence and locked the door while she was still on the line with a 911 dispatcher.

Ozuna got back into the house through the garage, at which point Genesis grabbed hold of a kitchen knife.

“She told the 911 operator that said the accused was coming back and grabbed a large kitchen knife from a drawer,” the affidavit states. “Accused re-entered the house via the garage door and into the kitchen where she was. He continued to yell and verbally abuse her.”

She told the operator that if Ozuna came any closer, “she was going to hurt him,” the affidavit reads, according to the television station.

Genesis said she felt unsafe because Ozuna had been “physically abusive” previously and he was exhibiting “aggressive behavior” toward her at the time.

Genesis let go of the knife to try to get her cellphones back but was unsuccessful in that effort.

Ozuna then struck Genesis on the back of her head with an arm that was in a cast.

“Accused then brought his hand down and punched her in the back of the hands with the cell phones (that he held in his right hand),” the affidavit reads, according to WSB-TV. “Accused then pushed his left hand and forearm (which was in a hard cast) against victim’s face pushing her back and mushing her in the face with it several times.”

“Victim stated that said accused grabbed her by her throat by wrapping his fingers around,” the affidavit states, according to WSB-TV. “He then held her up against the wall, preventing her from breathing.”

Ozuna stopped the attack once police officers entered the home.

In an interview with police, Ozuna acknowledged that he took his wife’s phones and that he was physically violent toward her. He also admitted to pushing her down onto the ground, but he claimed that she threw a garden light at him and kicked him. His account later changed in a subsequent statement, with police noting inconsistencies.

As for Genesis, she had marks consistent with a physical attack.

“[Police officers observed] several purple and red bruises on back of victim’s hand consistent with trauma to the back of her hands,” the affidavit reads, according to WSB-TV. “In addition to that, she had redness on her right forearm, consistent with being pushed and tossed around as described above.

“Upon arrival, I noticed redness on the left side of her forehead. Although there were no marks on her neck, the strangulation was witnessed by an officer.”

Last year, Genesis was arrested for domestic battery after she allegedly struck Ozuna with a soap dish, which cut his face. The couple has three kids.

In a written statement, Major League Baseball has said it is investigating the incident, a probe that the Braves said it supports, according to ESPN.

“We learned of Marcell Ozuna’s arrest earlier this evening and immediately informed the Commissioner’s Office,” the Braves’ statement reads, according to ESPN. “The Braves fully support Major League Baseball’s policy on domestic violence which stresses to the fullest that our society cannot and will not tolerate domestic violence in any form.”

Ozuna, who was still in jail Sunday, could be suspended and his four-year, $65 million contract may be on the line, according to ESPN. The league could also place Ozuna on the restricted list, which would block further compensation.

Prosecutors have charged Ozuna with felony aggravated assault strangulation and misdemeanor family violence. If convicted, he could be sentenced up to 20 years in prison.