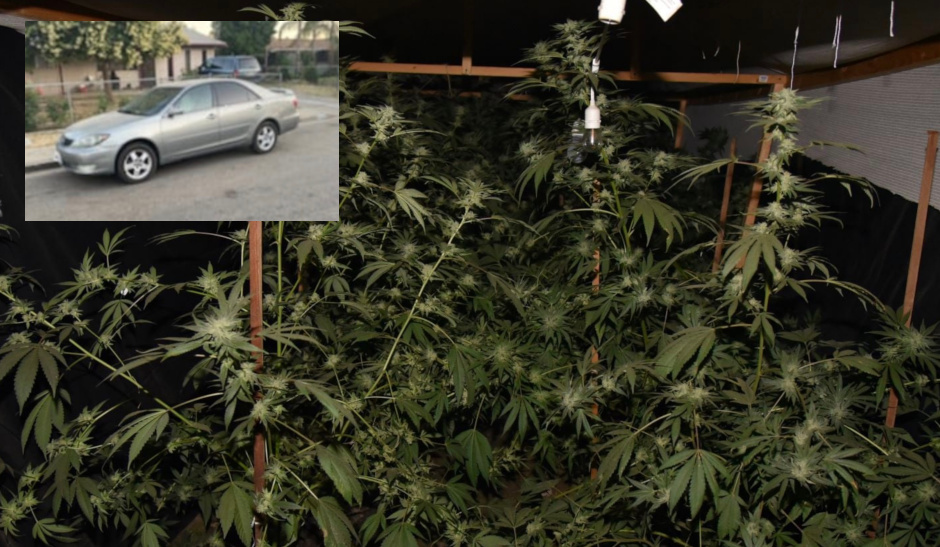 A 3-year-old California girl died on Thursday after she was left in a parked car for 3 hours in 100 degree heat while her mother tended a marijuana grow.

Visalia police said they were contacted shortly before 6 p.m. about a girl who was not breathing. An officer who was on an unrelated call across the street responded immediately and took over CPR duties from family members. Fire and ambulance personnel arrived on scene and took over from the patrol officer. They transported the girl, identified as Jessica Campos, to Kaweah Health Medical Center, where she was pronounced dead.

Detectives determined that Jessica had been in the car for 2 1/2 to 3 hours before someone discovered her unresponsive. Statements from witnesses said the little girl’s mother, Eustajia Mojica Dominguez, had been processing marijuana while the girl sweltered in the car.

The Visalia Police narcotics unit found 70 mature cannabis plants, 80 immature plants, and about 475 pounds of processed marijuana at the house.

Detectives also found four other children — a 15-year-old, an 11-year-old, and two 9-months-old — and handed them over to Child Welfare Services.

Police said they have recommended charges related to the marijuana against all five adults to the Tulare Count District Attorney’s Office.

According to KidsandCars.org, little Jessica’s is the second hot car death recorded in the US in 2021. As summer heats up, the organization warns parents and caregivers to pay attention: Temperatures inside a vehicle can rise rapidly, reaching 125 degrees in minutes. The organization also notes that leaving a window cracked open doesn’t help and that children have died in cars with temperatures outside as low as 60 degrees.