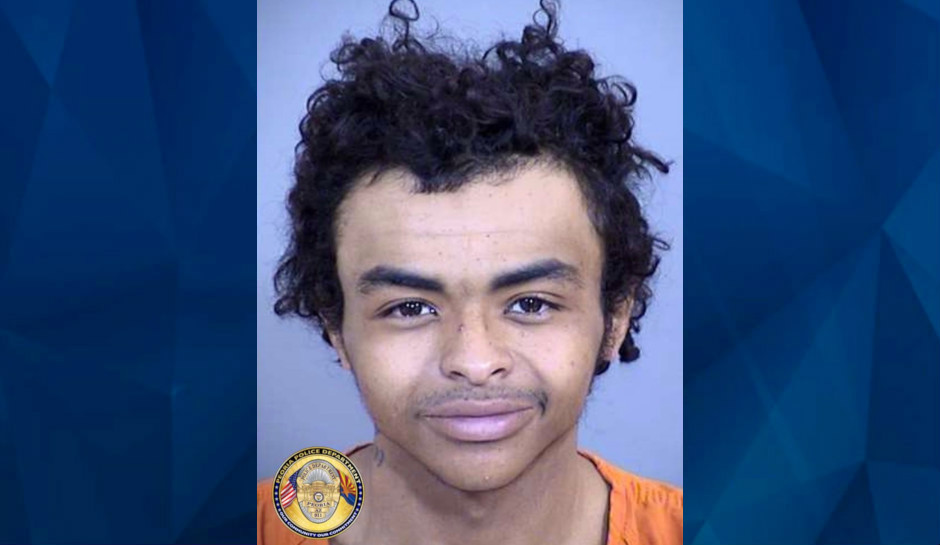 A 19-year-old Arizona man has been charged in Thursday’s shooting rampage in metropolitan Phoenix that left one man dead and a dozen more injured.

Ashin Tricarico has been charged with 1st degree murder, endangerment, and multiple counts each of aggravated assault and drive by shooting in the 90-minute spree, the Peoria Police Department said.

The victims ranged in age from 19 to 56 years old, police said, and included both men and woman of various races. The dead man was the oldest, the 56-year-old.

As CrimeOnline previously reported, the shooting began at about 11 a.m. when a shot was fired at a vehicle at 103rd and Northern Avenues and continued at seven more locations before Surprise police found the suspect vehicle and took the driver into custody. A gun was found in the vehicle.

Peoria police said officers responding to the first incident found an adult in the vehicle who had been shot. Both the victim and a witness described the suspect and the vehicle and provided a license plate number. While they were investigating, reports of more shootings came in to Peoria, Surprise, and Glendale police, the Maricopa County Sheriff’s Office, and the state Department of Public Safety. A member of the Surprise Fire-Medical Department recognized the suspect vehicle about an hour and a half after the shooting began and notified Surprise police, who stopped the vehicle and took the suspect into custody without incident.

Investigators linked the suspect to shootings in eight locations in Peoria, Surprise, and Glendale. The dead man and three others were hit by gunfire, police said, and nine more were injured by shrapnel, car crashes, or other related incidents.

All of the injured people were adults and are expected to make full recoveries, police said.

Investigators are still trying to piece together what happened during the shooting spree and have not yet determined a motive. Peoria police said the next update on the case would come on Monday.