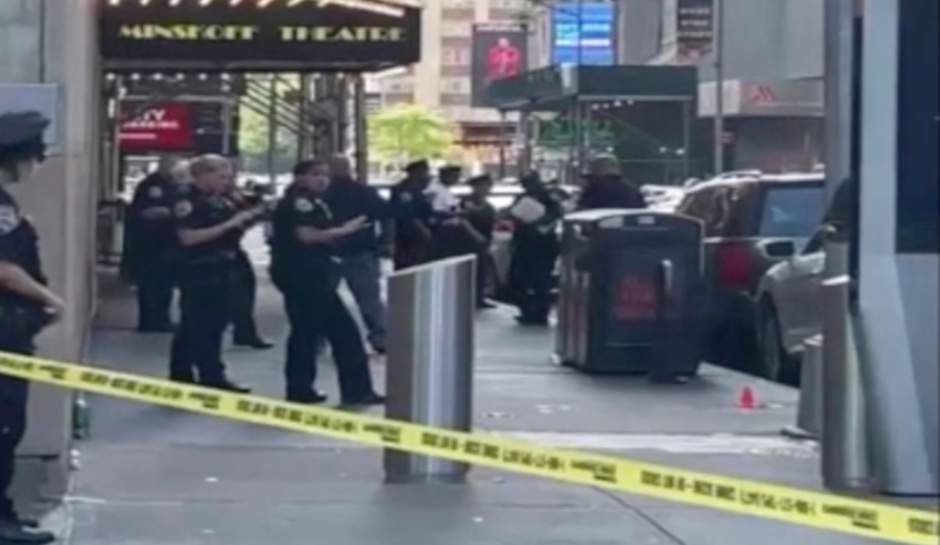 A visitor to New York was struck by a ricocheting bullet as he walked through Times Square late Saturday afternoon with his family.

The unnamed 21-year-old victim, visiting from upstate New York, was rushed to a nearby hospital and is expected to survive, The New York Post reported.

The incident took place at about 5:15 p.m. as the family walked by the Marriott Marquis on Broadway.

Sources told the post that a relative pulled the slug from the man’s arm and gave it to police.

Police sources said the gunfire stemmed from a dispute between two people when one of them pulled out a gun and fired.

Sydney Santana, a visitor from New Orleans who was nearby, told ABC7 she heard a loud pop.

“Everybody was kind of confused, just looking around,” she said. “They blocked off the street really quick so no one could get down the street.”

Investigators were looking for the suspects.

The shooting took place just a block from where another dispute prompted a shooting that wounded three people, including a 4-year-old girl, in May. The suspect in that shooting was later apprehended in Florida, as CrimeOnline reported.