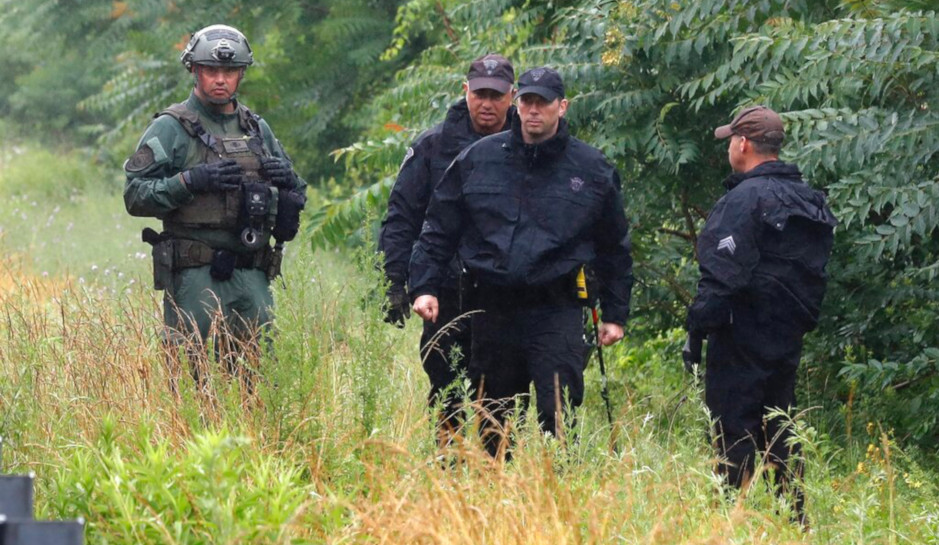 Massachusetts State Police have identified nine of the 11 men arrested Saturday after an hours-long, armed stand-off near an interstate highway in the Boston suburb of Wakefield.

Investigators also outlined the charges the men face after the incident. No shots were fired by either the men, who identified themselves as a Moorish sovereign citizens group on their way to a training in Maine, or police, who came across them at about 1:30 a.m. in the breakdown lane of Interstate 95, as CrimeOnline previously reported.

Traveling in two vehicles, the group had stopped to refuel using stores they carried with them to avoid stopping at gas stations. A state trooper stopped to offer assistance and called for backup when he found the men dressed in tactical gear and carrying weapons without identification or firearm licenses. As backup arrived, the men retreated into the woods.

Two of the men have refused to identify themselves, and a third is a 17-year-old juvenile, according to Massachusetts State Police. The others were identified as Jamhal Tavon Sanders Latimer, a.k.a. Jamhal Talib Abdullah Bey, 29; Robert Rodriguez, 21; Wilfredo Hernandez, a.k.a. Will Musa, 23; Alban El Curraugh, 27; Aaron Lamont Johnson, a.k.a. Tarrif Sharif Bey, 29; Quinn Cumberlander, 40; Lamar Dow, 34; and Conrad Pierre, 29.

Investigators said they’d recovered relatively few firearms from an incident they called “heavily armed” — three AR-15 rifles, two pistols, a bolt-action rifle, a shotgun and a short-barrel rifle — although there was some indication that they may not have finished searching the two vehicles.

Police said the juvenile would be released to his parents while the other 10 men would be held on a $100,000 cash bail and arraigned next week.

The Southern Poverty Law Center describes the Moorish group as a “collection of independent organizations and lone individuals” that emerged in the early 1990s that claims special rights because of a 1780s treaty between Morocco and the United States.

[Featured image: Police work in the area of an hours long standoff with a group of armed men that partially shut down Interstate 95, July 3, 2021, in Wakefield, Massachusetts. (AP Photo/Michael Dwyer)]