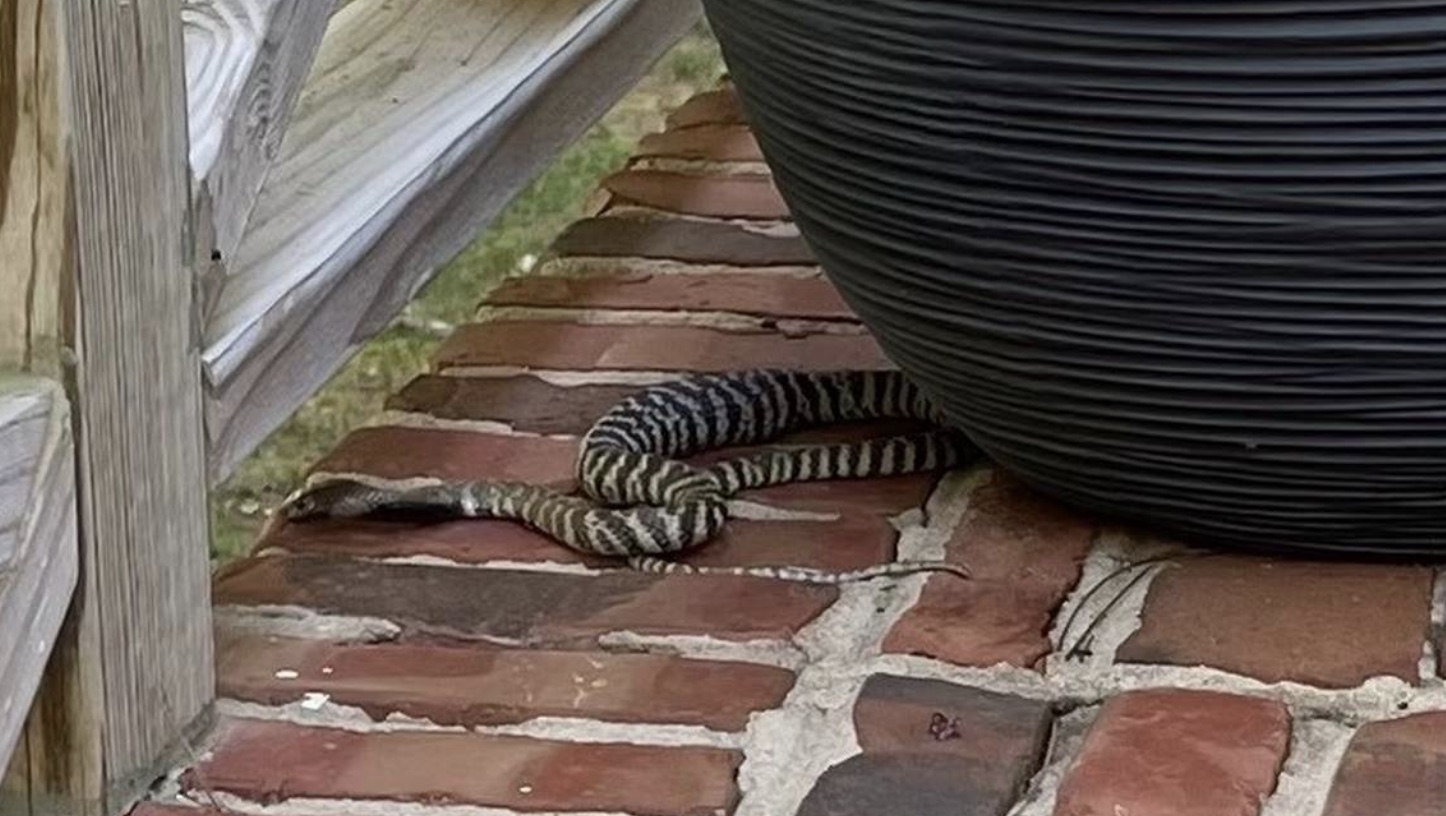 The owner of a highly venomous cobra that escaped into a residential North Carolina neighborhood last week has been cited for 36 counts of improper enclosures, three counts of mislabeled enclosures, and one count of not reporting an escape.

Police said Wednesday that Christopher Gifford, 21, violated several provisions of a detailed state law that covers owning venomous snakes. The law requires owners to know and label each species, know the proper antivenom in case of a bite, have a bite and escape plan, and notify law enforcement immediately of any escape, according to WTVD.

Gifford owned a large and deadly collection of snakes, authorities said, which he frequently documented on his TikTok account with nearly 500,000 subscribers, the Raleigh News & Observer reported. In March, he was bitten by a West African green mamba, and anti-venom had to be rushed to Raleigh from South Carolina to save his life, WTVD reported.

“In all honesty, I shouldn’t have lived and I thank God that I’m here today,” he wrote in a Facebook post in April.

Raleigh police have not provided information about how the zebra cobra escaped, but they alerted the presence of the snake, a spitting cobra native to the deserts of southern Africa, on June 29 after it was seen on a front porch the day before. By the time police arrived, the snake could not be located despite an extensive search. They warned residents to steer clear and call 911 if they saw it.

On June 30, the snake was spotted again on the same porch. Animal control and emergency medical personnel went into action, eventually locating the snake “holed up in a really inaccessible area behind a brick porch,” Dr Ben German, an ER physician at WakeMed with experience capturing cobras who assisted in capturing the escapee, told the News & Observer. The snake had found a network of crevices so deep it often couldn’t be seen even with flashlights, German said.

But the experts had a plan that involved patience, since the cobra had clearly been periodically emerging. They set glue traps out along the home’s foundation and waited. At about 8:30 p.m., just about sundown, the cobra came out from its hiding place, got stuck on a glue trap, and was captured.

“We used snake tongs to take the glue trap with snake and get it into a bucket,” German said. “Then it became a matter of getting the snake off the glue trap.”

German said his job was to hold the snake tongs while Jen Davis, the expert in charge, got the snake off the glue trap.

Raleigh police said the snake was about a year old and has been taken to a secure facility and will likely end up in a zoo or venom lab. They said they worked with experts to assure the other venomous snakes in Gifford’s home, which he shares with his parents, were secure, according to WTVD.

A bite from a zebra cobra can cause massive hemorrhaging, necrosis, and paralysis. The venom can cause temporary or permanent blindness if the snake spits it into the face.