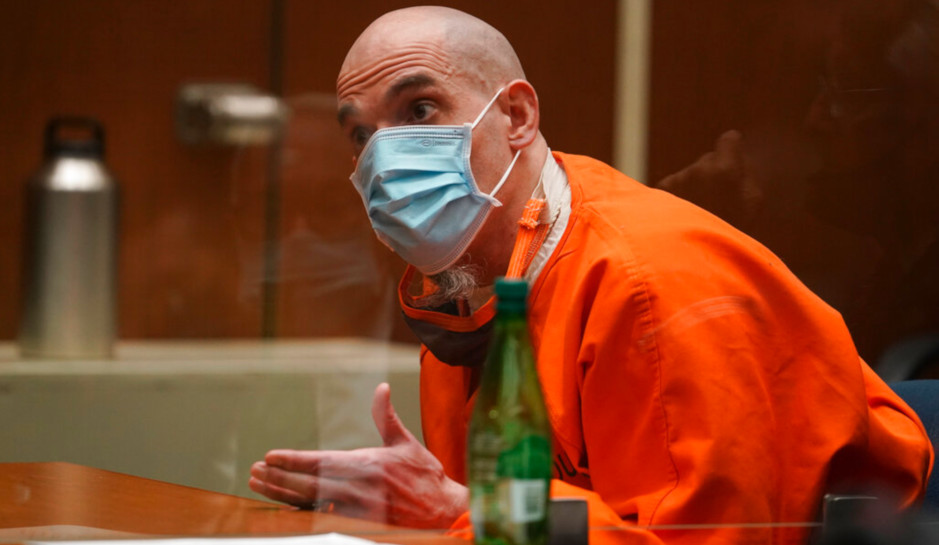 A California judge formally handed down the death sentence to 45-year-old Michael Gargiulo, nearly two years after a Los Angeles jury convicted him of murdering two women and stabbing a third, who survived.

Media outlets dubbed Gargiulo “the Hollywood Ripper” for the Los Angeles-area killings of Ashley Ellerin, 22, on February 22, 2001, and Maria Bruno, 32, on December 1, 2005. Ellerin was getting ready to go to a Grammys after-part with actor Ashton Kutcher when Gargiulo broke into her Hollywood home and stabbed her 47 times, as CrimeOnline previously reported.

Bruno, a mother of four, was stabbed 17 times and mutilated as she slept in her El Monte apartment.

Prosecutors called him the “boy next door killer” because he lived near all of his victims and watched them before launching his attacks.

Gargiulo was caught after Michelle Murphy, then 26, fought him off when he attacked her in April 2008. Murphy was stabbed eight times in her Santa Monica apartment, but Gargiulo was also cut during the attack and left a blood trail. Murphy was a key witness during the trial and spoke again Friday before the sentencing, the Associated Press reported.

“To this day, spending the night alone creates a world of fear in me,” she said.

“How is it fair that one person’s actions can destroy the lives of so many?”

Kutcher, star of television sitcoms “That ’70s Show” and “Two and a Half Men,” testified during the guilt phase of Gargiulo’s trial, telling the jury he had spoken with Ellerin by phone about two hours before he arrived to pick up her. He said when she didn’t answer his knocks, he peered through and window and saw what he thought was red wine on the floor and left, thinking she’d already gone out for the night. Her roommate found her body the next morning.

In August 2019, the jury found Gargiulo guilty of killing Ellerin and Bruno and brutally stabbing Murphy and recommended the death penalty. The formal sentencing was delayed by procedural delays and the onset of the COVID-19 pandemic.

Gargiulo is now expected to be extradited to Illinois, where he’s been charged with the August 14, 1993, killing of 18-year-old Tricia Pacaccio. Pacaccio, the sister of one of Gargiulo’s childhood friends, was stabbed to death on the front doorstep of her home after a night out with friends. Gargiulo was charged with her death in 2011.

[Featured image: Michael Gargiulo speaks before his sentencing, angrily complaining that his lawyers prevented him from taking the stand in his defense. (AP Photo/Damian Dovarganes)]