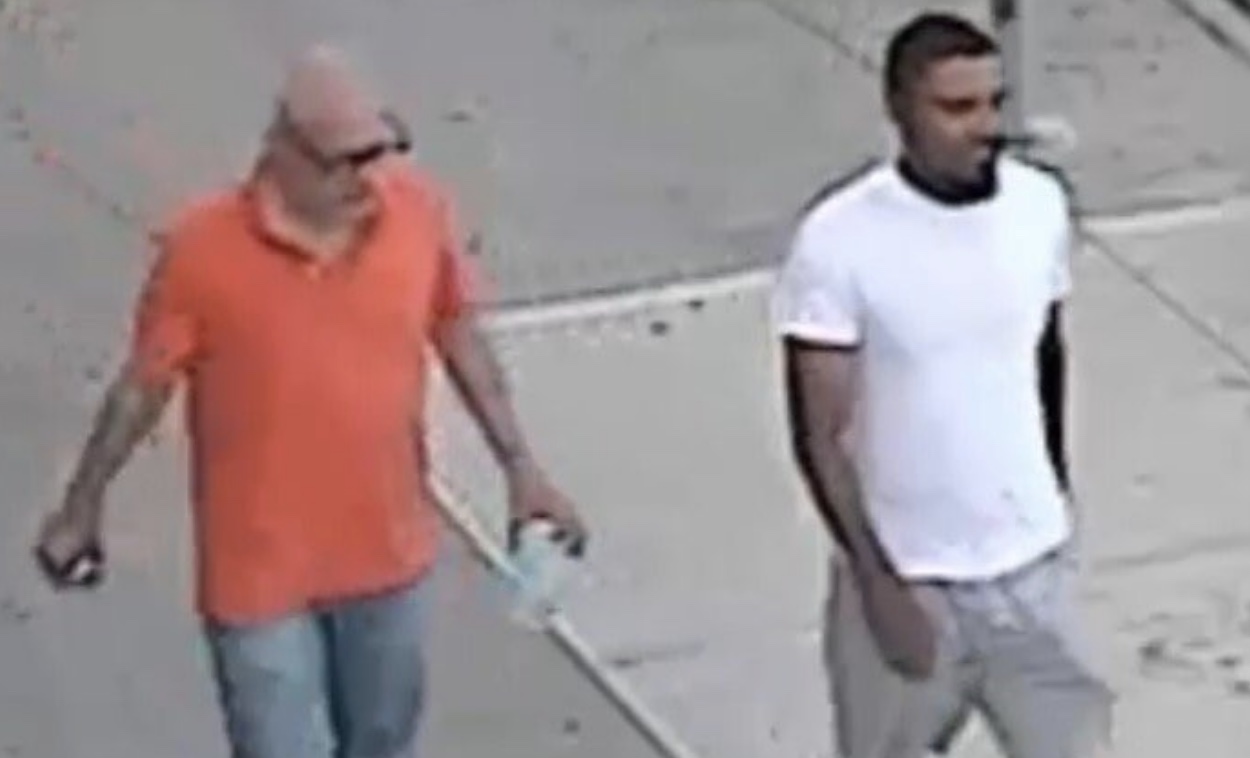 A man seen on surveillance video trying to kidnap a 5-year-old boy in Queens was with his father at the time.

The New York Post reported that James McGonagle, 24, was the suspect who jumped out of his car as Dolores Diaz and her family were walking by Thursday night. In the terrifying footage, McGonagle grabs her 5-year-old son Jacob and shoves him into the back seat of his car, then gets into the driver’s seat.

But before he can drive away from the scene, Diaz and her other two children pull young Jacob from the car, over a man sitting in the passenger seat and through the front passenger window, as CrimeOnline previously reported.

Sources told the Post that the man in the passenger seat wearing an orange shirt — who was seen much more clearly in other security footage that showed the two men walking together — was McGonagle’s 55-year-old father of the same name.

Sources told the Post that McGonagle blurted out, “I attempted to kidnap a kid today,” and that the admission was caught on an officer’s body camera. It’s not clear why McGonagle went to the hospital.

Police said McGonagle has been charged with attempted kidnapping, reckless endangerment, and acting in a manner injurious to a child. He was also admitted to Brookdale’s psychiatric ward.

The elder McGonagle was not the hospital, the sources said, and while police aren’t sure if he knew his son was going to try to abduct a child, they are searching for him.