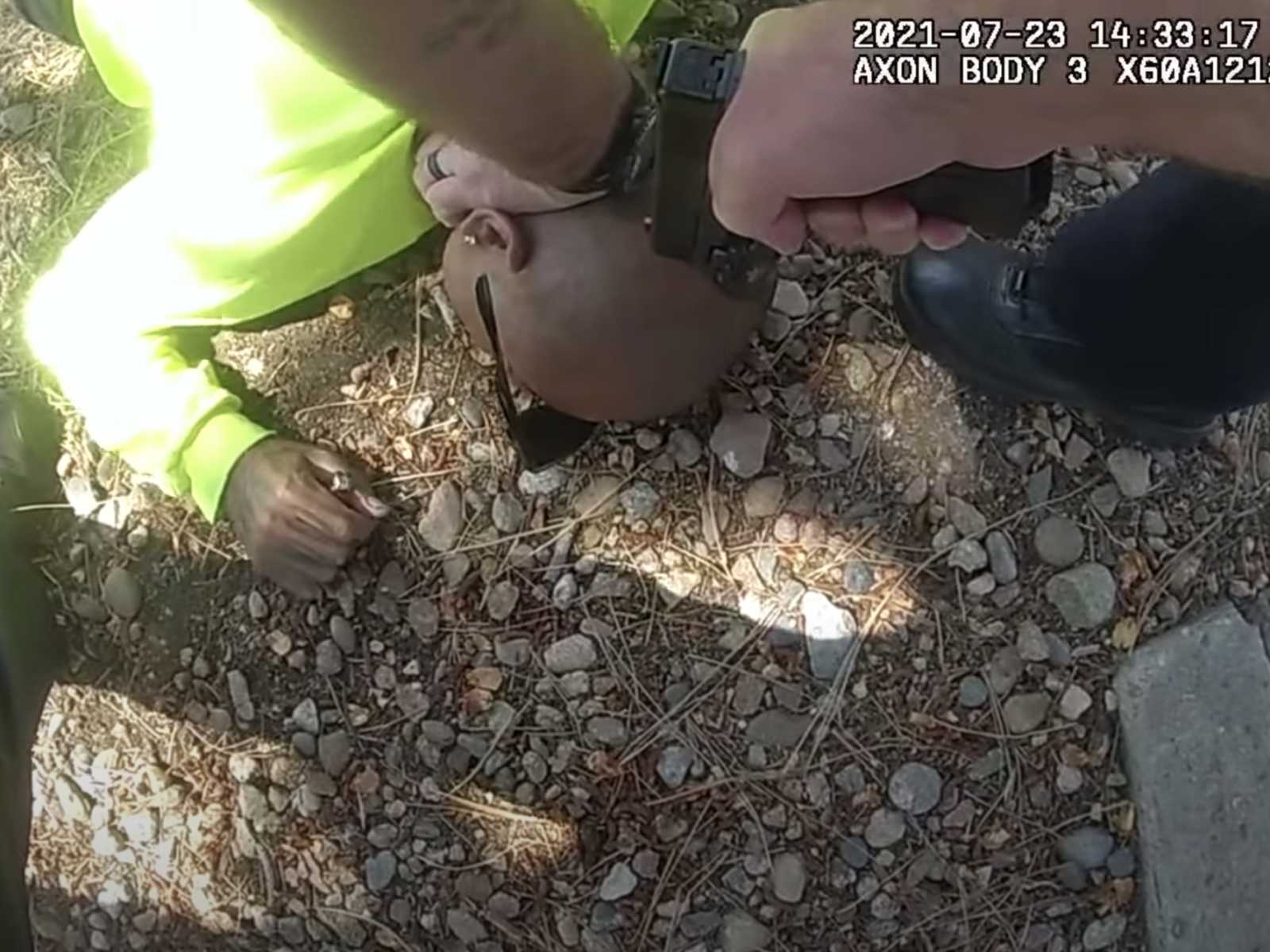 A Colorado police officers face multiple charges for a violent arrest last week in which his own body camera showed him strangling, pistol-whipping, and repeatedly threatening to shoot an unarmed suspect.

“All that blood on him is from me f****** pistol whipping him … I was wailing the f*** out of him,” a 15-page arrest affidavit quotes Haubert telling officers who arrived on the scene at the end of the incident.

The incident began when Haubert and Officer Francine Martinez, 40, answered a trespassing call and tried to detain Vinson and two other men on felony warrants. The body camera footage shows that as Martinez begins to handcuff one of men, he and another man ran off. Vinson, who was sitting nearby, stayed put, and Haubert immediately went after him. He took out his gun, yelling for Vinson to get on his stomach. Haubert put his gun to Vinson’s head, threatening to shoot him, even as Vinson tried to roll to his stomach.

When Vinson tried to free an arm from the officers, Haubert got on top of him and repeatedly hit him in the head with his gun, striking him more than a dozen times and leaving gashes and welts on his face and head.

Vinson then tried to free one of his arms from the arresting officers “while squirming his body.”

At one point, the affidavit says, Haubert put his around around Vinson’s neck for at least 39 seconds, continuing to threaten to shoot him.

Vinson sobs, tells the officers he has no warrant and “you have the wrong guy.” With Haubert’s hands on his neck, he cries that he can’t breathe, tells him “you’re killing me,” and begs him not to shoot. When other officers arrive, one of them uses a stun gun on him, and Vinson is finally handcuffed.

Police later determined that Vinson did have a warrant for his arrest stemming from a domestic violence incident in Denver, but added that he may not have been aware there was a warrant.

This is not police work … We don’t train this. It’s not acceptable,” she said.

Haubert, who was released on a $5o,000 bond on Monday, has been put on administrative leave without pay pending the results of an internal affairs investigation, which Wilson has ordered expedited.

Martinez has also been charged in the incident, misdemeanors of failure to intervene and failure to report use of force by a peace officer. She is on administrative leave with pay, and is out on a $1,000 bond.

The Aurora Police Department has been plagued by accusations of police misconduct. The most infamous was the death of 23-year-old Elijah McClain who died after a violent arrest in 2019, as CrimeOnline has reported. McClain went into cardiac arrest in an ambulance after the arrest. The was pronounced brain dead almost a week after and taken off life support. McClain died on August 30, 2019.