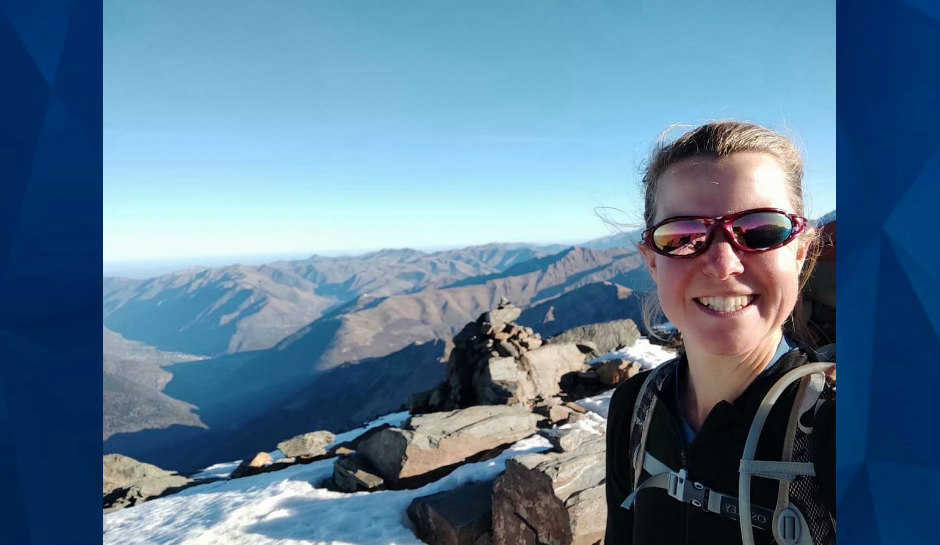 Remains of British Hiker Found in Pyrenees; Esther Dingley Has Been Missing for 8 Months

A human bone found last week has been confirmed to belong to Esther Dingley, a British blogger who disappeared while hiking in the Pyrenees mountains eight months ago.

Dingley, 37, had been hiking alone on the mountain range along the border between France and Spain, as CrimeOnline previously reported.

LBT Global announced Saturday that the remains were confirmed via DNA testing and stressed that there was “no sign of equipment or clothing in the immediate area [and that] the details of what happened and where still remain unknown.”

“We have all known for many months that the chance we would get to hug our beloved Esther again, to feel her warm hand in ours, to see her beautiful smile and to watch the room light up again whenever she arrived was tiny, but with this confirmation that small hope has now faded,” Dingley’s mother and her partner, Daniel Colegate, said in a statement. “It is devastating beyond words.”

LBT Global, which is assisting in the search, said the single bone was found near Dingle’s last known location.

Dingley and Colegate had documented their travels for several years and developed a following among other travelers in particular. Dingley embarked on a solo trek last November while Colegate remained on a farm in southwestern France, according to the New York Times.

Dingley had apparently reached Pic de Sauvegarde, a mountaintop, on November 22 and sent Colegate a photo using WhatsApp, CrimeOnline reported. It was their last known contact.

Dingley had intended to then walk eight miles between Port de la Gléré and Port de Venasque before hiking down the mountains.

But after not hearing from Dingley for two days, Colegate reported her missing on November 24, which triggered a massive search mission.

Dingley is believed to have started walking from the small Spanish town of Benasque on Nov. 21. Her camper van was discovered abandoned there, according to the BBC.

French police say they have not been able to find any trace of Dingley after 4 p.m. Nov. 22. She was supposed to be traversing well-marked paths that were often frequented by hikers, and multiple witnesses had reported seeing her on the Spanish side of the mountains.