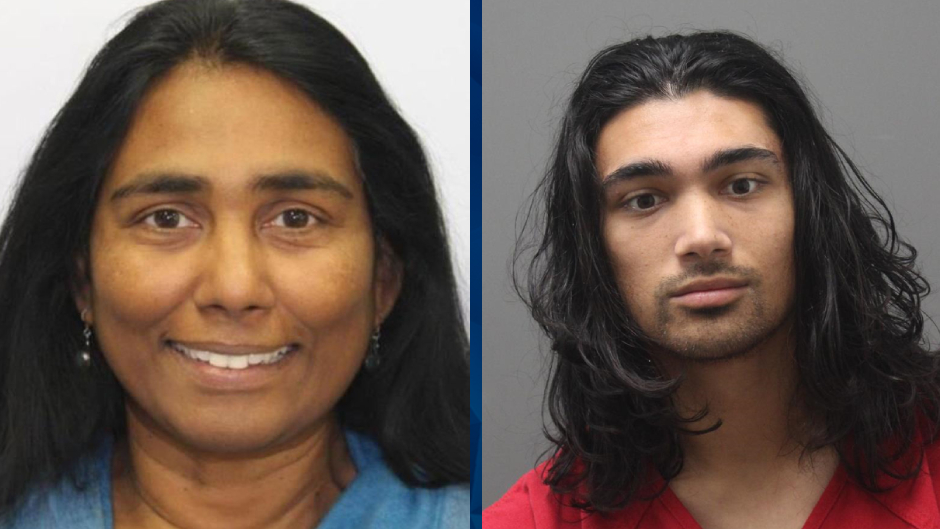 A former consultant for the U.S. Securities and Exchange Commission was reportedly found fatally stabbed outside her Maryland home late last month, and her son was arrested on Saturday for her murder.

According to the Capital Gazette, police found the body of Juanita Koilpillai, 58, hidden outside her Tracys Landing home after her boyfriend reported her missing and found blood inside her home. Koilpillai’s car was ultimately discovered in Leesburg, Virginia — where her son’s father lives and where Koilpillai has a second home.

The slain woman’s son, Andrew Beavers, 23, was arrested in Leesburg a day after her body was found. Officers reportedly observed a fresh cut on Beavers’ hand that he could not explain, as CrimeOnline previously reported.

According to WJZ-TV, the medical examiner confirmed that Koilpillai died from multiple sharp force injuries.

Koilpillai and Beavers’ DNA were reportedly both found on the suspected murder weapon. Authorities believe the slaying occurred at Koilpillai’s home in Maryland, where Beavers also resided.