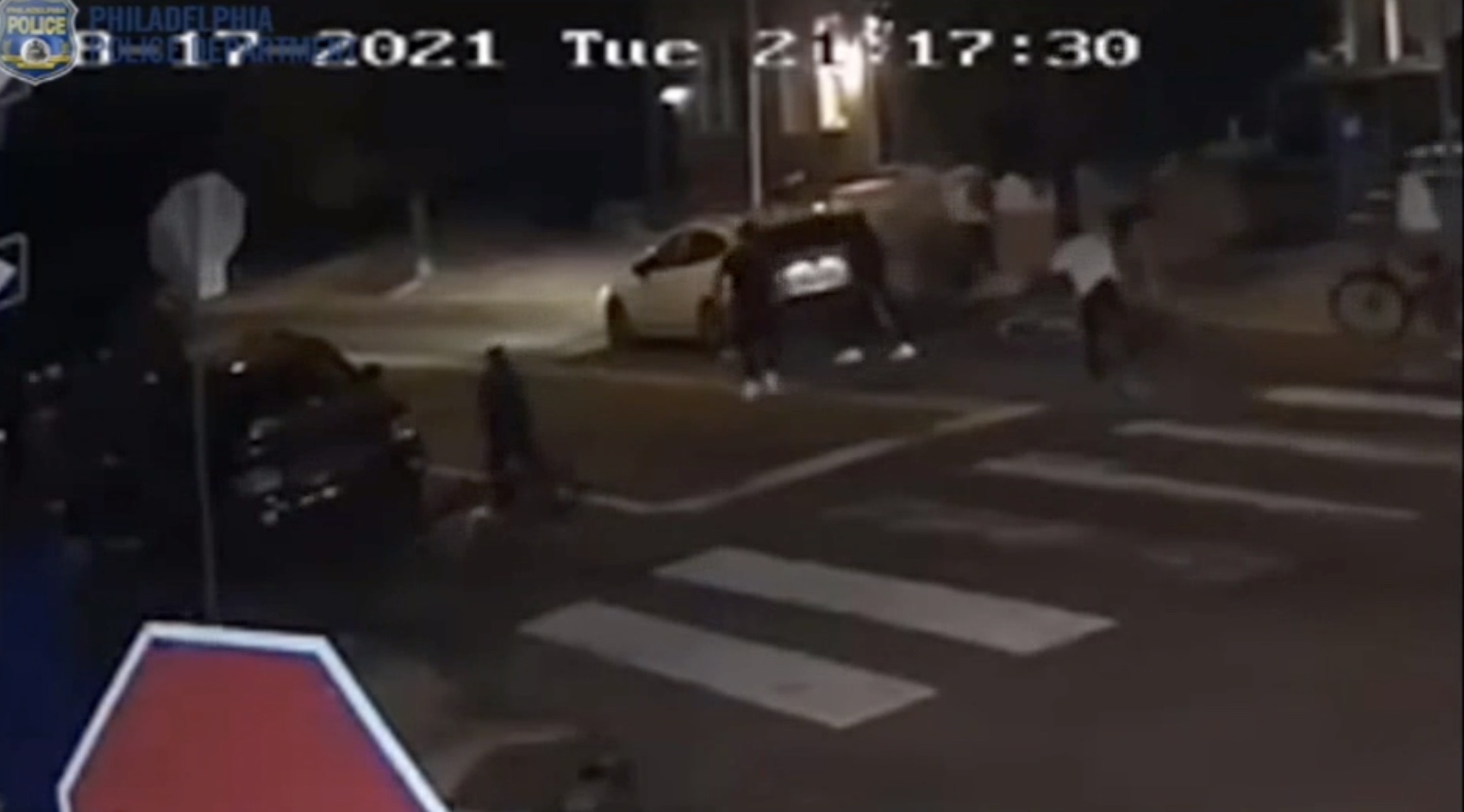 SEE IT: Bicycling Teens Attack Philly Deliveryman, Leave Him Fighting for His Life

Philadelphia police on Monday released surveillance video showing the brutal assault on a deliveryman last week by a group of teenagers who surrounded him on bicycles.

Zach Lean, 38, is in a medically induced coma fighting for his life at Thomas Jefferson University Hospital, ABC6 reported.

On Saturday, one of the teens involved in the August 17 attack turned himself in. Herbert Morrison, 19, is facing aggravated assault charges, police said.

Authorities said Lean hit his head on the sidewalk and had a seizure during the attack, which happened at about 10:15 p.m. They said they still aren’t clear what sparked the confrontation.

In the video, the teens surround Lean and attack him, then bike away as a car pulled up to the scene.

Lean’s wife, Christine Torrisi, said she had already gone to bed while her newlywed husband was making his last round of grocery deliveries. She said she missed two calls from the hospital before finally picking up the phone to learn her husband had a traumatic brain injury from the attack.

“I love him more than anything in the world. He is my brand new husband. I cannot believe that I had to sign papers saying, ‘Yes, please save his life,'” Torrisi said last week.