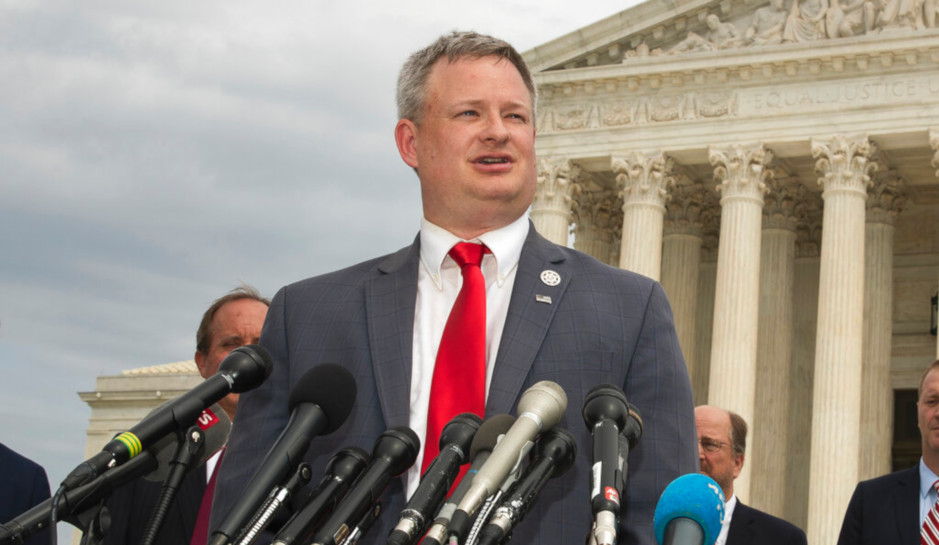 Jason Ravnsborg, who was never charged with killing Joe Boever on September 12, 2020, avoid trial by taking a plea deal.

South Dakota’s attorney general is taking a plea deal on misdemeanor traffic charges related to an incident last year in which he struck and killed a pedestrian on a rural highway while driving home from a Republican fundraiser.

Jason Ravnsborg, whose trial was expected to begin on Thursday, will instead enter his plea in court.

“There won’t be a trial, and there will be a plea entered,” Beadle County State’s Attorney Michael Moore told the Associated Press on Wednesday.

Moore would not discuss any other details about the matter, saying that a judge’s order has blocked officials from discussing details of the investigation.

As CrimeOnline previously reported, Ravnsborg, 45, hit 55-year-old Joe Boever, whose truck had broken down, on the night of September 12. Ravnsborg called 911, telling a dispatcher he thought he might have hit a deer.

Hyde County Sheriff Mike Vole responded to the call and looked around the area but found nothing Ravnborg might have hit, then lent the attorney general his personal vehicle to drive home.

The next morning, Ravnsborg came upon the  scene on the way to return the sheriff’s vehicle and found Boever’s body. It remains unknown if Boever was killed instantly or if he might have survived if he had received medical help. Boever’s eyeglasses were found inside Ravnborg’s vehicle.

Ravnsborg was charged with careless driving, operating a vehicle while using a mobile or electronic device, and a lane driving violation for driving outside of his lane, each count carrying a maximum 30 days in jail and $500 fine. It’s not clear if he will plead guilty to those charges or lesser charges. He was never charged with Boever’s death, and in fact, his attorney filed a motion last month claiming that Boever was depressed and jumped in front of Ravnsborg’s car.

Boever’s widow has indicated she plans to file a wrongful death lawsuit against Ravnsborg, and leaders of the Republican-led legislature are considering whether to impeach him. Lawmakers considering doing so earlier this year, but decided to wait until the criminal proceedings were done. Impeachment would require calling a special session of the legislature.

Some Republican lawmakers have called for him to resign, and Ravnsborg, in his first term as attorney general, has not said if he will seek reelection in 2022.