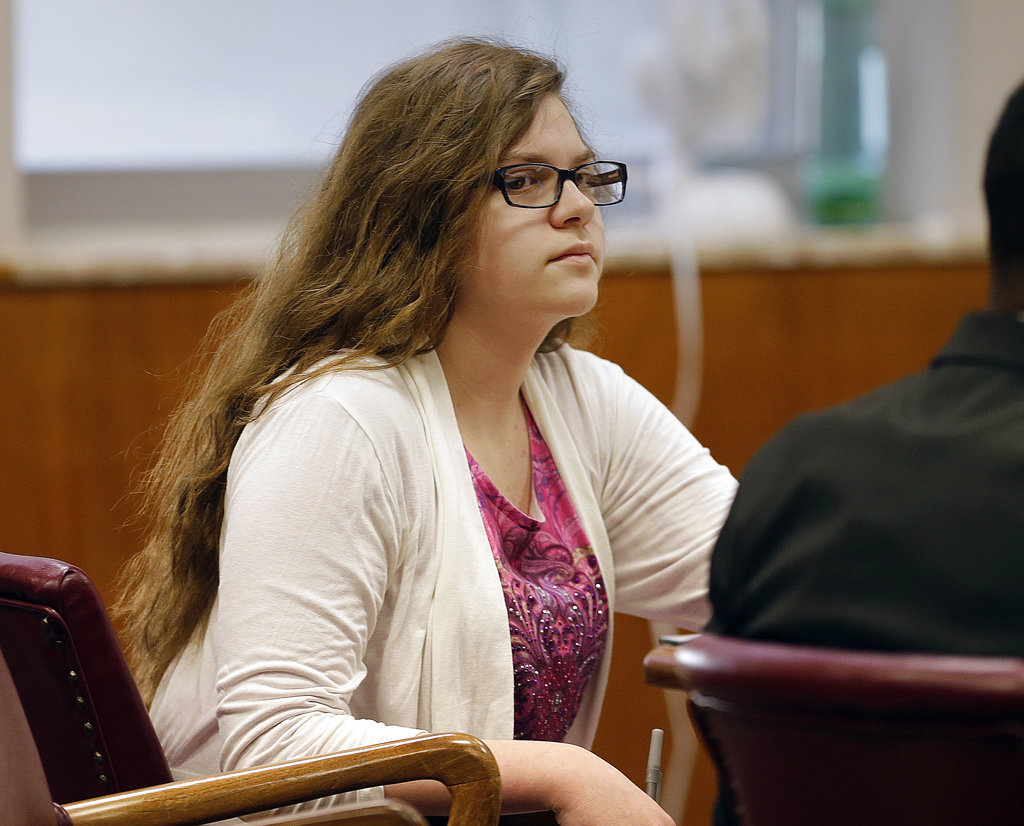 A Wisconsin teen who helped attack and stab another girl in 2015, will be released from a mental health institution next week.

On Friday, Waukesha County Judge Michael Bohren requested the release of 19-year-old Anissa Weier from the Winnebago Mental Health Institute. According to ABC 10, Weier will be required to wear a tracking device and continue psychiatric treatment as an outpatient. She’ll be released on Monday.

Bohren stated that the release “provides for the protection of the community” for the victim and is fair to Weier.

After a sleepover celebrating her friend Morgan Geyser’s 12th birthday in May 2014, Weier and Geyser lured 12-year-old Payton Leutner to the woods, stabbed her 19 times, and left her for dead. The two defendants later told police they carried out the attack to satisfy Slender Man, a fictional horror character popularized in an eponymous indie video game.

Weier and Geyser claimed they believed their families would be harmed if they did not attack their classmate, the news outlet reported.

Payton survived the attack after she made her way to a nearby road and flagged down a cyclist.

While Geyser and Weier both made insanity pleas, Weier took her case to trial and eventually pleaded guilty to attempted second-degree intentional homicide as part of a plea deal. The arrangement also allowed her to legally attribute her actions to mental illness.

As CrimeOnline previously reported, Weier was sentenced to 25 years in a mental facility in December 2017. A jury found that she was not criminally responsible because of her mental illness.

She petitioned the court for conditional release in March, and Waukesha County Circuit Court Judge Michael Bohren found that there was no “clear and convincing evidence that the defendant poses a substantial risk of harm to others, herself, or serious property damage,” the Milwaukee Journal-Sentinel reported.

Another condition of release will be the assignment of case managers to track Weier’ss progress until she’s 37, when her commitment sentence ends, the Associated Press said.

Bohren said in court that he read several reports from the institute that indicate Weier has been cooperative with her treatment and understands what she did. She’s shown no dangerous behavior and has not been on psychotic medication since arriving.

Bohren has been the judge for both cases from the beginning. Although he no longer handles criminal cases, he has kept Weier’s cases for consistency.

[Feature Photo:FILE – In this Sept. 13, 2017 file photo, Anissa Weier, listens as former teachers testify during her trial in Waukesha County Court, in Waukesha, Wis. One of the two Wisconsin girls accused of stabbing a classmate, Payton Leuter, in 2014 to gain the favor of a horror character named Slender Man will soon learn how long she will spend in a mental health facility. A judge in Waukesha County Circuit Court on Thursday, Dec. 21, 2017, is expected to send 16-year-old Weier to a facility for at least three years after she was previously found not guilty by reason of mental disease or defect. (Rick Wood/Milwaukee Journal-Sentinel via AP, Pool, File)]