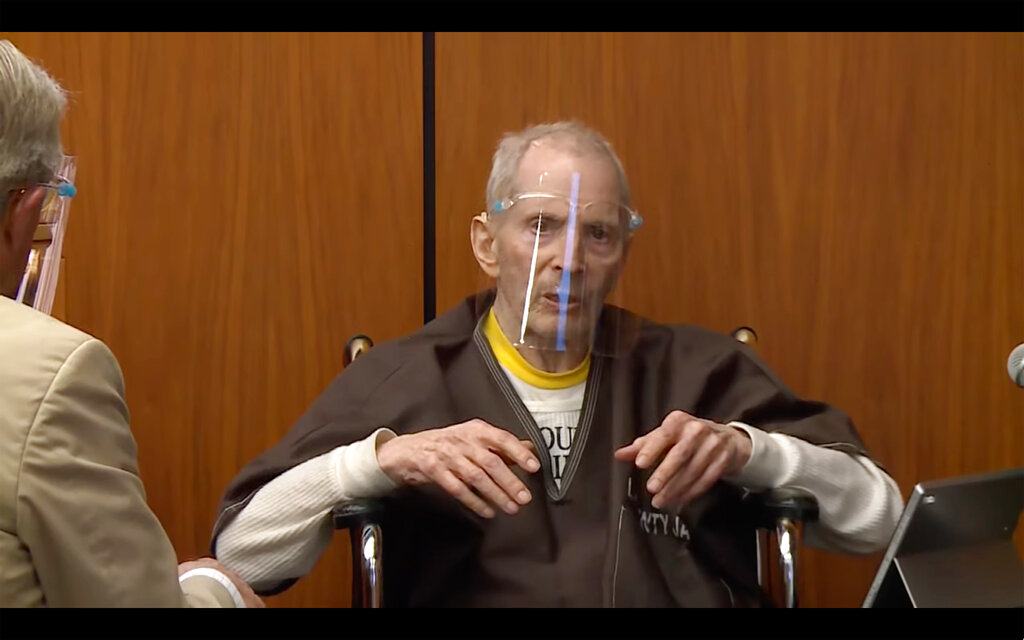 A Los Angeles jury on Friday found real estate heir Robert Durst guilty of the murder of his lifelong friend Susan Berman in 2000.

The nine-woman, three-man jury entered deliberations on September 14 and met for eight hours over three days, after prosecutors laid out their case that Durst shot Berman because he believed she was about to tell authorities she provided him a false alibi for the disappearance and presumed death of his wife, Kathie Durst, in 1982, the Los Angeles Times reported.

Durst, 78, was not in the courtroom on Friday because he had been exposed to someone who tested positive for COVID-19.

Durst was previously acquitted of the 2001 murder of Morris Black, as CrimeOnline previously reported. Black was an elderly neighbor in Galveston, Texas, who learned Durst was on the run. Durst admitted killing Black and chopping his body up to throw into the Galveston, but he testified the killing happened accidentally during a struggle over a gun, and the jury believed him, even though he jumped bail and fled before the trial began.

Defense attorneys portrayed Durst as a “sick old man” who sat on the stand for nine days of testimony while prosecutors failed to provide any physical evidence that he shot Berman in the back of the head.

The real estate heir was the subject of the 2015 HBO series “The Jinx.” He was arrested just before the last episode aired — and after he muttered on a live mic, “What did I do? Killed them all, of course.”

Sentencing is scheduled or October 18.

Kathie Durst’s family issued a statement after the verdict on Friday and called on New York prosecutors to bring him to trial for her death:

“The justice system in Los Angeles has finally served the Berman family. It is now time for Westchester to do the same for the McCormack family and charge Durst for the murder of his wife, Kathie, which occurred almost forty years ago. They have had interviews, statements, and documents for months. The closing arguments by the Los Angeles Deputy District Attorneys should remove any doubt. It’s bizarre and unacceptable that Durst was tried for killing an accomplice before being held accountable for Kathie’s murder.”