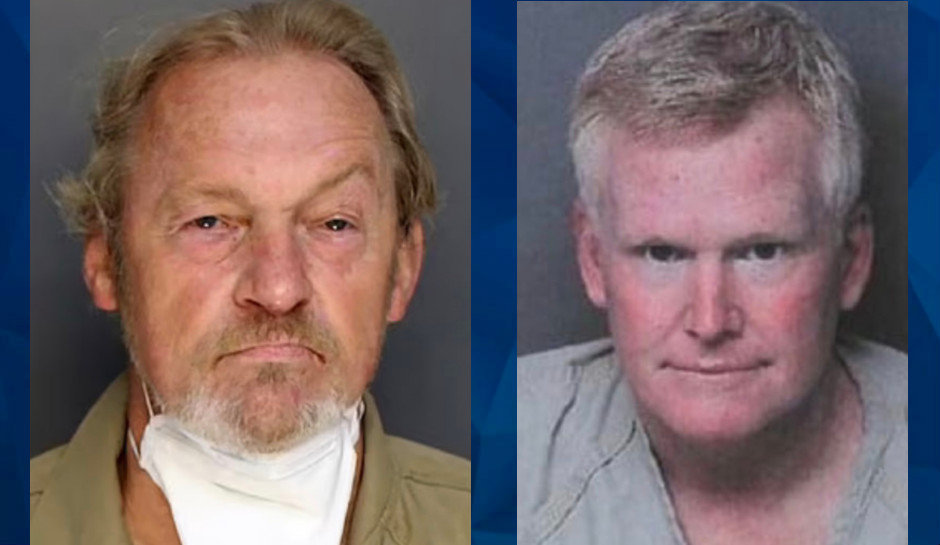 ‘It Ain’t True!’ Alex Murdaugh’s Alleged Co-Conspirator Says the Low Country Lawyer Set Him Up ‘To Be the Fall Guy’

The man South Carolina lawyer Alex Murdaugh said he hired to kill him so his son could get an insurance payout says that’s just not true.

Curtis Smith, 61, told the New York Post he “was set up to be the fall guy” and complained about pictures published of his bond hearing Thursday morning. “They didn’t let me take a damn shower!” he said.

Smith and Murdaugh appeared separately for bond hearings on Thursday

Murdaugh, 53, called 911 on September 4 and said he’d been shot in the head by an unknown person on a remote stretch of road in Hampton County. He was flown to Savannah, Georgia, for treatment, while one of his attorneys told reporters he’d been taken to Charleston. Two days later, he was out of the hospital and announcing he was going into treatment for a drug addiction and resigning from the law firm his great-grandfather founded, as CrimeOnline reported.

Except, his law firm said shortly after, the partners had forced him out on the Friday before — the day before the alleged shooting — because of financial improprieties.

It was just the latest in a summer of hits that rocked the Murdaugh family and their Low Country community. Murdaugh’s younger son Paul, 22, was awaiting trial for a 2019 boat crash in which he was allegedly driving drunk and rammed into a bridge piling. The crash tossed one of his passengers, 19-year-old Mallory Beach, into the water. Her body was found a week later. Beach’s mother has filed a wrongful death suit against Murdaugh and his older son Buster.

Then, on June 7, Alex Murdaugh said that he returned to the family’s hunting estate, Moselle, after visiting his ailing father in the hospital and found his wife, Maggie, and Paul shot to death. A few days later, his father Randolph died in the hospital. The State Law Enforcement Division took over the investigation into the murders and has been particularly tight-lipped about their probe. There have been no arrests and no suspects named.

The charges against Paul Murdaugh were dropped after his death, but lingering questions about Alex Murdaugh’s possible interference into the investigation remained. Everything came to a head on September 3, when Murdaugh’s law firm pushed him out, followed by the shooting the next day. The following week, as the truth about the shooting came out, the 14th Circuit Solicitor’s Office — which was held by a Murdaugh for the first 86 years of its existence until Alex’s father resigned — announced it was no longer going to allow Alex to prosecute cases on its behalf and the South Carolina Supreme Court suspended Murdaugh’s law license.

Then came Smith’s arrest on multiple charges, including aggravated assault and assisted suicide, followed by SLED’s announcement that it was charging Murdaugh with insurance fraud and conspiracy to commit insurance fraud.

This week, Murdaugh’s attorneys said he had hired Smith, who was also his drug dealer, to kill him so his son Buster could get a $10 million insurance payout.

“I know what they’re trying to say about me and it ain’t true,” Curtis told The Post Friday.

“It was the craziest situation I ever been involved with. I was set up to be the fall guy.”

Smith said Alex called him “that Saturday afternoon and asked him to come to where he was, and I though it was maybe to fix something.”

So he did. When he arrived, Murdaugh got out of his car waving around a gun.

“I run over and we wrestled a minute together, me trying to get the gun away from him,” Smith said. “Then the gun kind of went off above his head and I got scared to death and I ran to my truck and took off.”

Smith said he ended up with the gun and he tossed it. He said he didn’t know if a bullet hit Murdaugh, who wasn’t bandaged Friday during his bond hearing.

Murdaugh’s troubles continued this week, when the sons of the family’s longtime housekeeper, Gloria Satterfield, filed a lawsuit against him over their mother’s death. Satterfield died in 2018 — according to a request to approve a wrongful death settlement, she tripped a fell at the Murdaugh residence and died from her injuries. But the Hampton County Coroner said her office was never informed of her death, and her death certificate said she died of “natural” causes.

The lawsuit filed by Satterfield’s sons, however, says they they never received a dime of the supposed $500,000 settlement although their attorney — Alex Murdaugh’s former college roommate — was paid nearly $200,000.

SLED announced it was opening an investigation into Satterfield’s death as well.