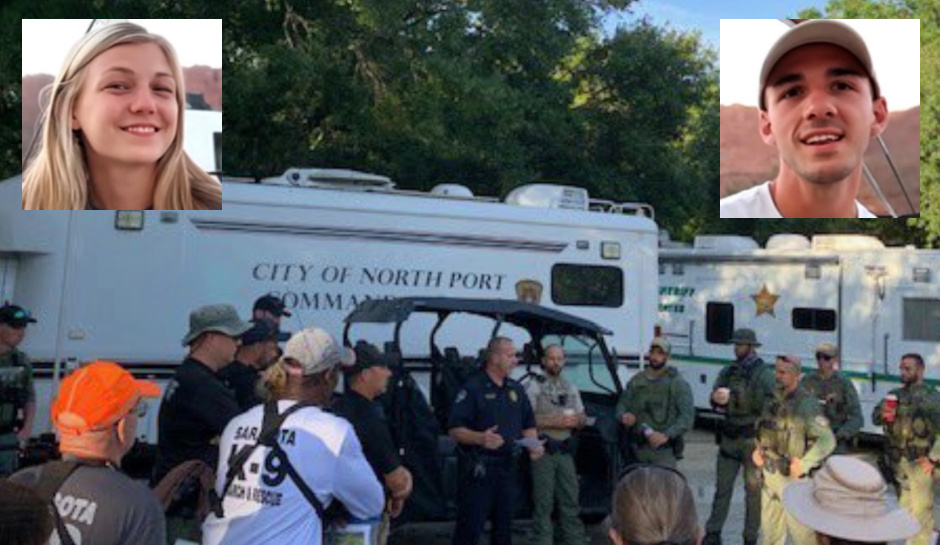 North Port Police say they had no reason to bring in Brian Laundrie for questioning after he returned to Florida without his girlfriend, Gabby Petito, and before he fled from his parents home this week even as the search for Gabby heated up in Wyoming.

“The North Port Police Department has no authority to execute a possible federal search warrant on our own,” department spokesman Josh Taylor told Fox News Digital Sunday, responding to increasing criticism of the department. “I don’t see how anyone without all the facts in this case can come up with a reasonable conclusion and opinion on the matter.”

“There is no information that a crime took place here in North Port,” Taylor said. “That is our jurisdiction.”

But a former Miami-Dade homicide detective told Fox that police don’t need to suspect a crime to get warrants for a missing person case, even when that case did start on federal property and outside a local police department’s jurisdiction.

Instead, North Point Police Chief Todd Garrison resorted to begging Laundrie’s attorney — via Twitter — to set up a meeting with his client.

Petito’s family last heard from her on August 25. Brian Laundrie returned home to Florida — without Gabby — on September 1, but neither he nor his family spoke with her family. They didn’t learn Brian had come back to Florida — in the couple’s converted van — until September 10. Her family reported her missing the next day.

Bertolino and the Laundries still kept quiet, until Friday when Brian Laundrie’s parents asked police to come to their home. But they weren’t going to talk about Gabby Petito’s disappearance. Instead, the Laundries told police that their son had left the house three days earlier and not returned or communicated.

Then Bertolino put out a statement, saying Brian Laundrie was also missing. Petito’s family quickly objected to that phraseology, however, and their attorney issued a short and terse statement of their own:

“All of Gabby’s family want the world to know that Brian is not missing, he is hiding,” attorney Richard Stafford said. “Gabby is missing.”

Search crews spent Saturday at the 24,000-acre Carlton Reserve, where Laundrie’s parents said he told them he was heading, despite the majority of its hiking trails being flooded from recent storms. They returned on Sunday.

And out west, specialized search and rescue crews were combing the backcountry of Grand Teton National Park, where Petito was last known to be, for the missing 22-year-old.