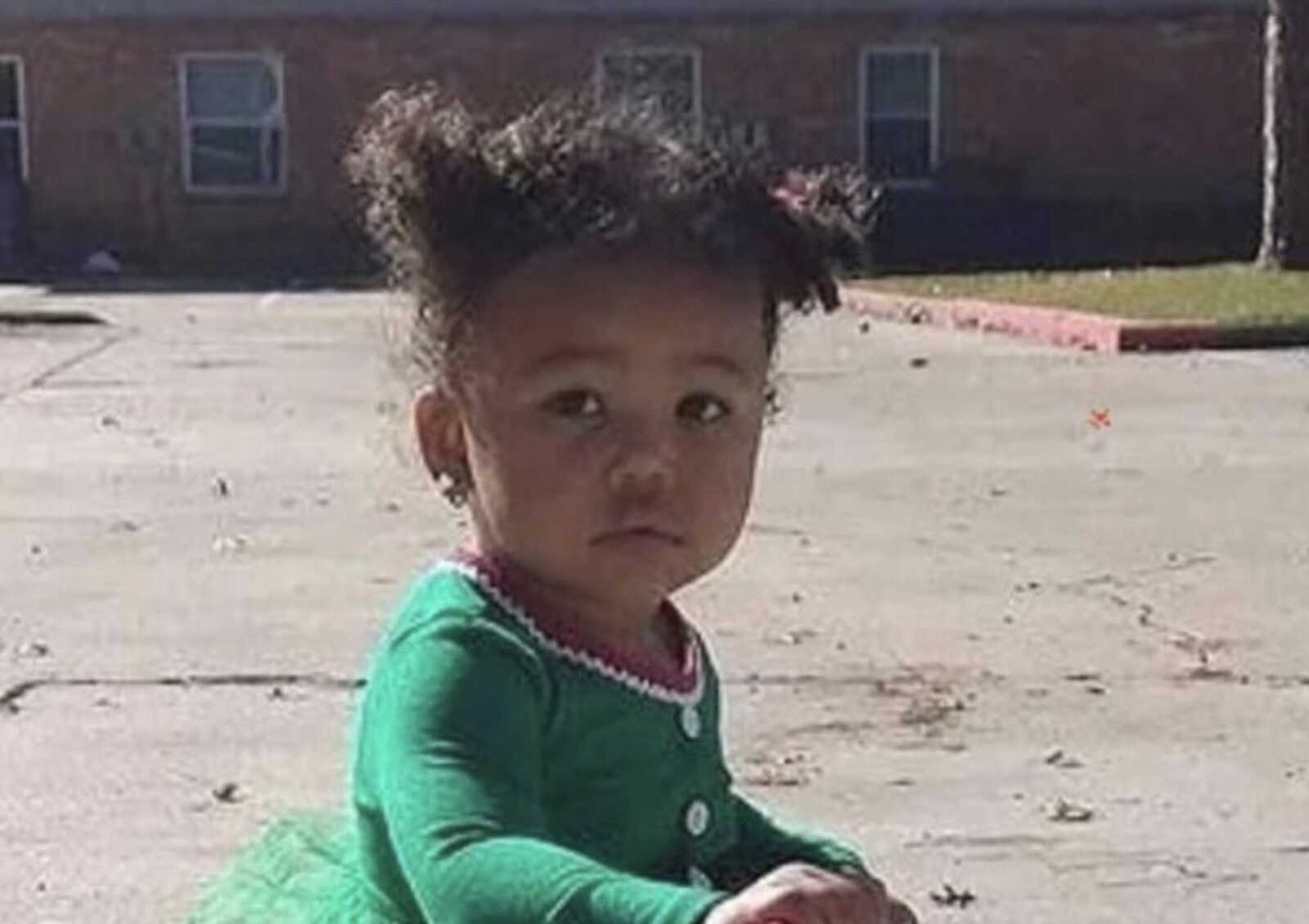 Baton Rouge police said the toddler’s stepfather, 30-year-old Phillip Gardner, was arrested on Sunday and charged with unlawful disposal of remains and obstruction of justice, according to WAFB.

Nevaeh Allen was reported missing on Friday afternoon when her siblings arrived home from school and found the door to their home open, Gardner asleep, and the 2-year-old missing, as CrimeOnline previously reported.

FBI agents joined the search on Saturday, and earlier on Sunday, investigators said they believed the little girl’s body was not in Louisiana, WAFB said.

The Hancock County, Mississippi, coroner confirmed Allen’s body was found near near Pearlington, which is more than 100 miles east of Baton Rouge, just across the state line. An autopsy will determine the cause of death, Baton Rouge police said.

Nevaeh’s mother, Lanaya Caldwell, told investigators she left the toddler with Gardner while she was at work and got a call Friday afternoon that the little girl was missing from the apartment.

FBI agents from both the New Orleans field office and the Jackson, Mississippi, field office participated in the investigation, in addition to the Hancock County Sheriff’s Office and Gulf South Search and Rescue