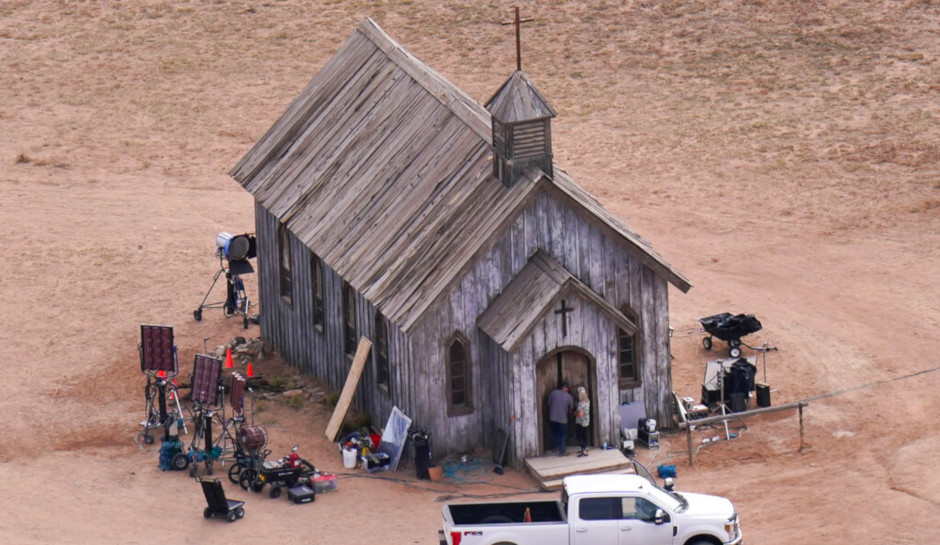 Medic heard a “loud shot” from the set and asked, “Are we rehearsing?” just before someone called out “medic emergency”

A medic for the movie “Rust” heard a “loud shot” from the set and asked, “Are we rehearsing?” just before someone called out “medic emergency” and she ran to the church scene where cinematographer Halyna Hutchins lay bleeding.

Cherlyn Schaefer wrote in the injury report she filed — reviewed by the Wall Street Journal — that no one called “fire in the hole,” which would have indicated a gun was about to be fired.

The movie’s director — Joel Souza, who was wounded in the shooting — said in an interview with police that lead actor Alec Baldwin, who fired the fatal shot, was discussing his movements in the scene, in which he was to draw his gun while sitting in a church pew and point it at the camera, according to the New York Times. The gun, Souza said, went off in his hands, striking Hutchins, who grabbed her midsection and fell backwards.

Reid Russell, another cameraman nearby, told detectives he heard Hutchins say she couldn’t feel her legs.

The vintage Colt gun Baldwin was handling had been given to him by first assistant director David Halls, who told the crew “cold gun” — meaning it wasn’t loaded and couldn’t fire — as he did so. Halls, CNN reported, was fired from a 2019 production over a firearm mishap.

Production company Rocket Soul Studios said that a gun on the set of the film “Freedom’s Path” “unexpectedly discharged,” causing a sound crew member a recoil injury. Halls was removed from the set, the company said, and terminated at the end of the day.

“Dave was very remorseful for the events, and understood the reasons he was being terminated,” the company said in a statement. “A new assistant director as well as a new armorer were hired for the duration of principal photography. Production of the film finished successfully.”

On the “Rust” set, Halls picked up the weapon from a table containing three guns, all set up by the movie’s armorer, Hannah Gutierrez-Reed, daughter of well-known armorer and stunt man Thell Reed. “Rust” was the 24-year-old’s second movie in charge of weaponry. Production sources from her first, Nicolas Cage vehicle “The Old Way,” told the Daily Beast that Gutierrez-Reed “was a bit careless with the guns, waving it around now and again.”

“There were a couple of times she was loading the blanks and doing it in a fashion that we thought was unsafe,” one source said.

A “Rust” production source described Gutierrez-Reed as “inexperienced and green”  and said there were at least two other accidental discharges on set before Thursday’s fatal shooting.

Gutierrez-Reed has not commented on the incident, although The Daily Mail tracked her down to her Arizona home and published multiple grainy photographs of her on the phone.

It’s still not clear if the gun Baldwin fired was loaded with real bullets or if some other projectile was ejected from the barrel. As CrimeOnline reported Monday, The Wrap reported that crew members had been target shooting with live ammunition Thursday morning, using the very weapon that Baldwin later handled in the fatal shooting.

The crew was returning from lunch when the shooting took place, prompting medic Schaefer’s question about whether they’d officially begun rehearsing. She rushed onto the set and ordered crew members to apply pressure to Hutchins’ wound while she checked her vitals signs and gave her an oxygen mask. EMTs arrived and took Hutchins to the University of New Mexico Hospital in Albuquerque, where she was pronounced dead.

On her injury report, in the section asked for a “detailed cause” of the injury, Schaefer wrote, “something was shot from a prop gun.”