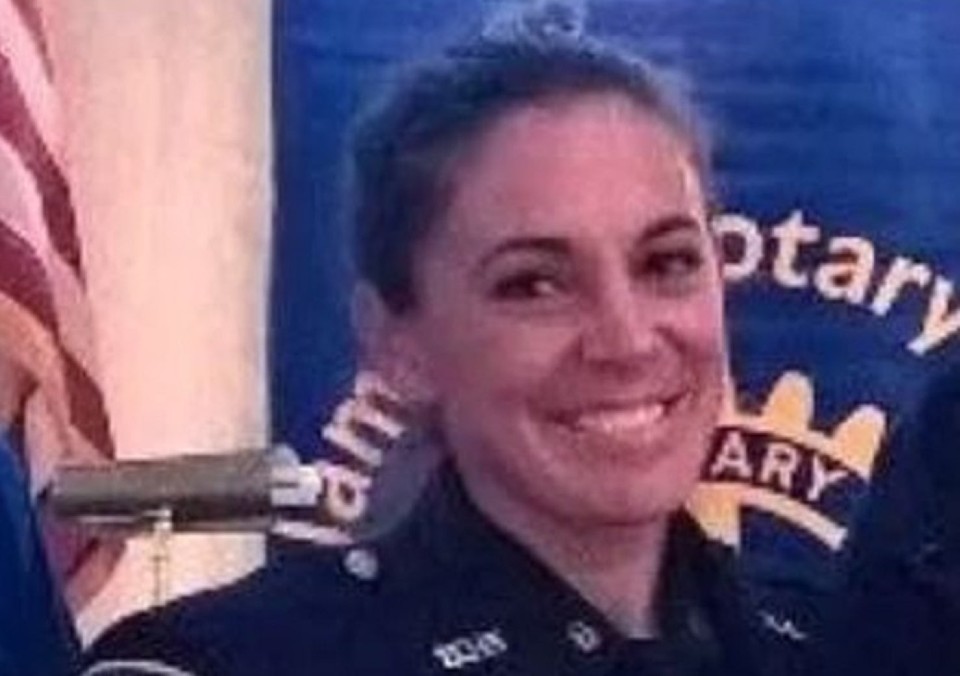 A former New York City police officer who allegedly plotted to have her former husband murdered and her boyfriend’s teen daughter run over by a car will serve time behind bars, WCBS-TV reports.

In court on Friday, Valerie Cincinelli, 36, was sentenced after pleading guilty to a charge of obstruction of justice stemming from the murder-for-hire allegations.

Authorities say that in 2019, Cincinelli plotted to hire a hitman to kill her ex-husband, Isaiah Carvalho. The two were locked in a bitter divorce and custody dispute over their son, WABC-TV reports. Cincinelli also didn’t want Carvalho to get a portion of her police pension.

According to the report, Cincinelli allegedly paid her boyfriend at the time, John DiRubba, $7,000 to hire the hitman, but he alerted the FBI after she said she wanted to have DiRubba’s teen daughter killed, too.

Authorities described her targeting of the girl as motivated “out of sheer jealousy and personal hatred,” WCBS-TV reports.

“Run her the f**k over, how about that?” Cincinelli reportedly told DiRubba, according to Fox News.

After DiRubba was arrested for another crime, he told law enforcement about the plot. Police staged Carvalho’s death and used recordings and text messages as evidence. That included a hidden camera that recorded Cincinelli being told that the hit was complete.

The footage shows DiRubba telling Cincinelli the hit man sent him a text message verifying the hit, according to the Daily Mail. DiRubba then showed Cincinelli an image of the staged scene showing Carvalho lying in a car with shattered glass on the ground.

Cincinelli appeared more concerned that the text message would implicate her.

“They are going to get these f****** texts, you dumbass. They can subpoena these photos,” Cincinelli can be heard saying in the video, according to the Daily Mail.

In April, Cincinelli pleaded guilty to one count of obstruction after she deleted incriminating evidence on her phone about the plot, according to Fox News. Prosecutors in exchange dropped two murder-for-hire counts against her.

The case was resolved because of the plea deal, but prosecutors were reportedly prepared to go to trial.

Cincinelli had been involved in earlier domestic incidents with her boyfriend and former husband, according to WABC-TV, and had worked for the NYPD for 12 years before the charges.

Carvalho, the woman’s former husband, still fears for his life and asked for the maximum sentence of five years in prison.

“People get angry, ‘I wish you were dead’ and so forth. That’s one thing. That’s not what went on here,” Carvalho’s attorney, Dennis Lemke, told the court, according to WCBS-TV. “When you start paying money and you wind up starting, basically, working something out and you hire a hitman . . . He’s gonna be looking over his shoulder.”

But the judge instead sentenced Cincinelli to 48 months behind bars. She has already served 30 months in jail and with good behavior, she could be eligible for home confinement within six months, according to WABC-TV.

“I apologize from the bottom of my heart,” Cincinelli told the court while at times crying, according to WCBS-TV. “I acknowledge I was wrong, I accept responsibility.”

She added: “I can’t believe I allowed myself to get to that dark place. I never thought in a million years it was going to happen. I was deeply, deeply damaged at that time. I was not thinking clearly.”

James Kousouras, Cincinelli’s attorney, told the judge that his client is a good person who let things get too far.

Lemke, the ex-husband’s lawyer, had a different view of Cincinelli’s apology.

“I think her tears are because she got caught,” Lemke said, according to WCBS-TV. “I don’t think they’re because she’s remorseful.”

While serving the remainder of her sentence, Cincinelli plans to work on anger management and addressing toxic relationships, WCBS-TV reports.