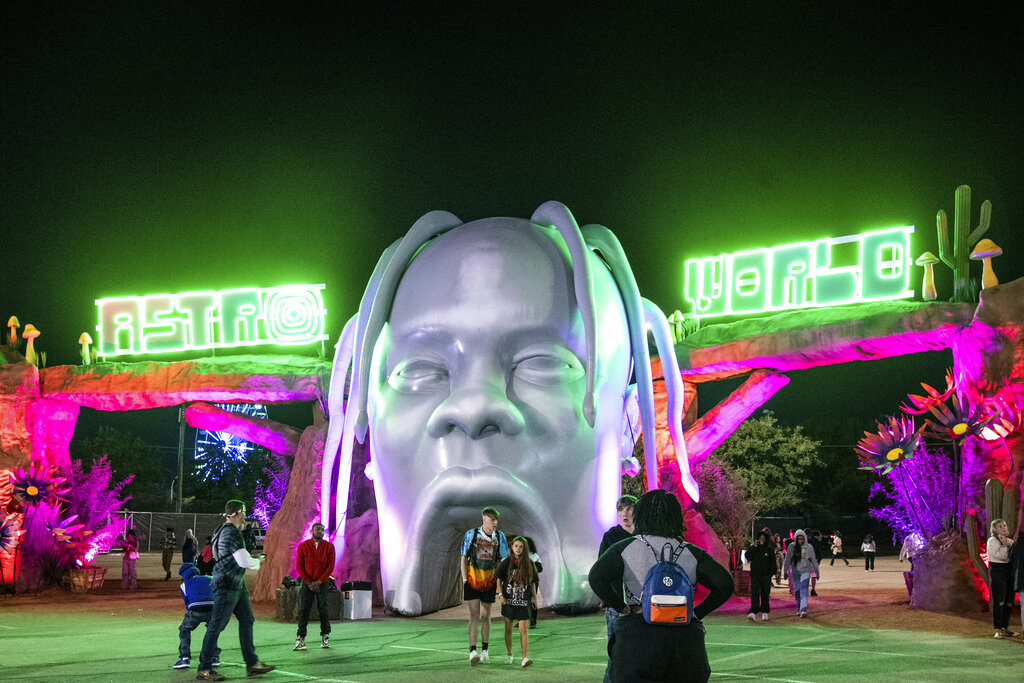 A security guard at Friday night’s deadly Astroworld Festival concert was not injected with drugs as was initially reported. Instead, Houston Police Chief Troy Finner said, the guard was knocked unconscious by a blow to the head.

Finner said on Saturday that police had received a report from medics that a security guard may have been pricked in the neck by a syringe. But, he said at the time, investigators had not located the guard to confirm the report, as CrimeOnline repeatedly reported.

The medics told police the guard passed out and they treated him with Narcan, a drug used to counter the effects of opioids. But on Wednesday, Finner said they’d found the security guard, KHOU said.

“He says he was struck on his head,” Finner said. “He went unconscious. He woke up in the security tent. He says that no one injected drugs in him.”

The initial report set off wild media rumors that largely ignored Finner’s statements that investigators had not spoken with the security guard and instead speculated that a “sticking attack” had struck many of the attendees at the festival where eight people died and dozens were injured.

While police said they weren’t ruling anything out, they also said they had not seen evidence of a widespread “sticking attack.” Finner repeatedly cautioned to give detectives time to conduct a thorough investigation, and on Wednesday, he said that probe could take months to complete.

“I just want us all as a city, as a nation to pray for these families. I can’t imagine what they’re going through right now,” he said.

Investigators are awaiting toxicology reports on the eight fatalities before determining cause of death, he said. A determination about criminal charges will be made when the investigation is complete.

Houston Police are leading the investigation, assisted by the FBI and several other agencies.

The chaotic events began at about 9:30 p.m. Friday as rapper Travis Scott, one of the event organizers, was performing on the NRG Park stage. With 50,000 people in attendance, officials said that the crowd began to push toward the front of the stage.

“Suddenly we had several people down on the ground experiencing some type of cardiac arrest or some type of medical episode,” Houston Police Executive Assistant Chief Larry Satterwhite said.

The remainder of the festival was cancelled.

[Featured image: Festival goers are seen exiting NRG Park on day one of the Astroworld Music Festival on Friday. (Photo by Amy Harris/Invision/AP)]