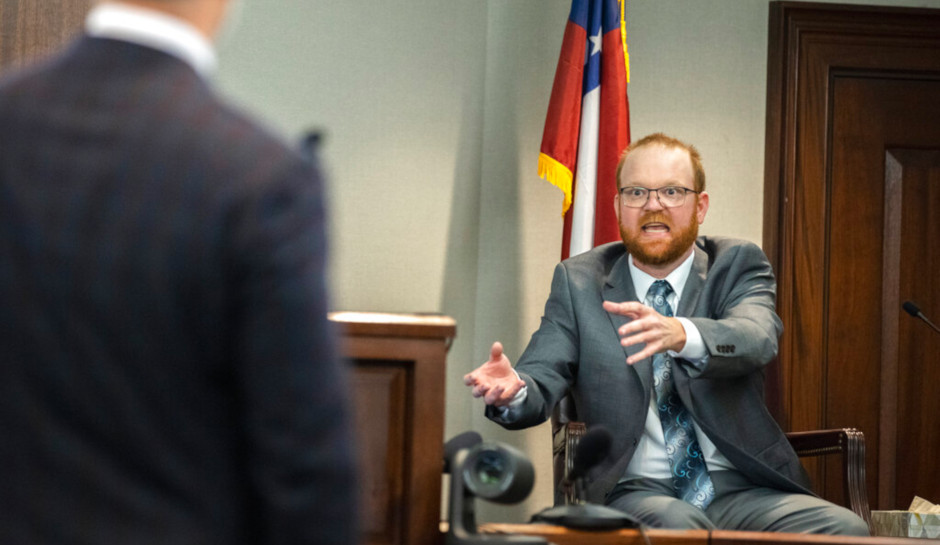 The man who shot and killed a Black jogger in a coastal Georgia neighborhood testified Wednesday that he was in “a life-or-death situation” when he pulled the trigger of his shotgun three times, gunning down Ahmaud Arbery on the street.

Travis McMichael, his father Gregory McMichael, and their neighbor and friend William “Roddie” Bryan are accused of chasing Arbery, 25, around their Brunswick neighborhood with their trucks in February 2020 before blocking him on a narrow street because they believed he was responsible for several break-ins in the neighborhood that were apparently not reported to police, as CrimeOnline has reported.

Bryan, who filmed the incident on his cell phone, helped trap Arbery between his truck and the McMichaels’, who had stopped in the middle of the street. In Bryan’s video, Arbery runs to the right side of the truck with Travis McMichael on the left with his shotgun and his father in the truck bed with a handgun. When Arbery got to the front of the truck, Travis McMichael confronted him, a scuffled ensued, and McMichael shot him to death.

On the stand, McMichael described Arbery as “very angry” and “mad” as the jogger closed got closer to him, according to NBC News.

“I’m pretty sure he’s going to attack,” McMichael testified, describing his wait in front of the truck while Arbery, running to the other side of the truck, was “closing in” and “focused” on him.

“He’s on me in a flash,” McMichael said, adding that Arbery hit him and tried to take his gun.

“This is a life-or-death situation, and I’m going to have to stop him from doing this, so I shot,” he said.

McMichael was the first witness for the defense, saying he wanted to testify “to explain what happened and to be able to say what happened from the way I see it.”

The prosecution rested on Tuesday after arguing that the three men made multiple incorrect assumptions about Arbery, leading to his death. Before the prosecution rested, Bryan’s attorney twice asked Judge Timothy Walmsley to bar Black pastors from the courtroom, saying they would “intimidate” the jury. Walmsley declined.

“At this point, I’m not exactly sure what you’re doing,” the judge said on Wednesday, when Kevin Gough wanted Jesse Jackson removed from the courtroom. “It’s almost as if you’re just trying to keep continuing this for purposes other than just bringing it to the court’s attention, and I find that objectionable.”

McMichael will return to the stand on Thursday for cross-examination.