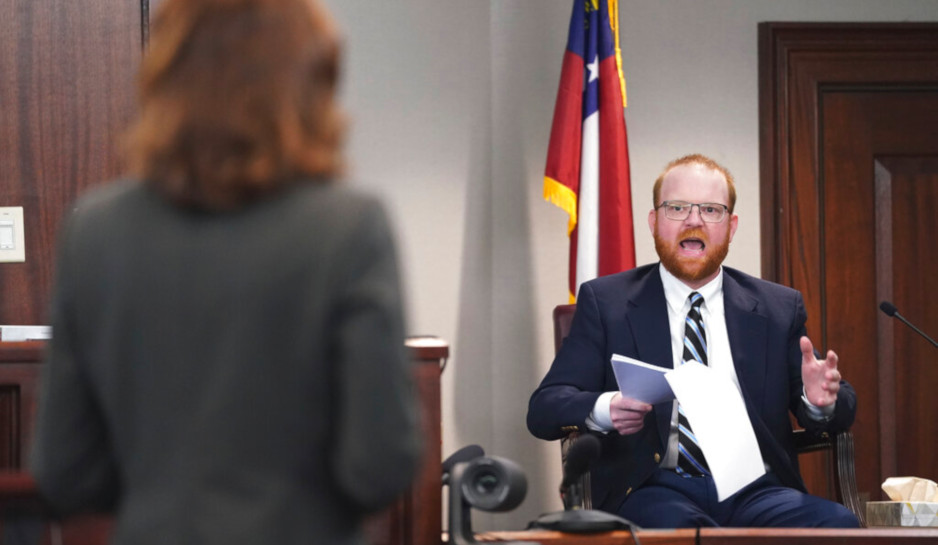 The man accused of pumping three shotgun shells into unarmed Black jogger Ahmaud Arbery in 2020 returned to the stand Thursday, saying under cross-examination that Arbery never threatened him or pulled a weapon before he killed him.

Travis McMichael, 35, also said that he suspected someone else — not Arbery — of stealing a handgun from his truck earlier that year in the only break-in reported to police in McMichael’s coastal Georgia neighborhood in the weeks leading up to the shooting. Other incidents had been discussed on the neighborhood’s Facebook page, and McMichael said that he had suspected the person who stole the gun — again, not Arbery — of involvement in those incidents as well, according to the Associated Press.

The McMichaels jumped in their truck on February 23, 2020, when they saw Arbery, 25, jogging down the street and chased him through the neighborhood. Bryan joined the chase in his own truck and helped corner Arbery between the two vehicles on a narrow street, while simultaneously filming the episode on his cell phone, as CrimeOnline previously reported.

In Bryan’s video, which was played in court again on Thursday, Arbery runs toward the passenger side of the McMichaels’ truck after Travis gets out of the vehicle with a shotgun on the driver’s side. Gregory McMichael was in the bed of the truck with a hand gun. The younger McMichael heads to the front of the truck as Arbery reaches the front, and they are temporarily shielded from view before three gunshots ring out and Arbery falls dead on the street.

On Wednesday, McMichael testified that he was certain Arbery was going to attack him and that he was in the midst of a “life-or-death situation.” Arbery hit him, McMichael said, and grabbed his shotgun, “so I shot.”

Prosecutor Linda Dunikoski asked McMichael why he and his father had decided Arbery burglarized an under construction home that day, noting the number of times McMichael said “maybe” a neighbor saw Arbery in the home, “maybe” he broke into it, “maybe” he had been caught during the commission of the crime, and “maybe” he was running from that crime, according to ABC News.

McMichael also testified that he drove close enough to Arbery three times during the chase to ask him to stop to talk, but Arbery said nothing and changed course to get away from him. He told Dunikoski that Arbery never reached into his pockets, never yelled at the McMichaels or threatened them, and never had anything at all in his hands during the pursuit. “He was just running,” he said.

“All he’s done is run away from you,” Dunikoski said, the AP reported. “And you pulled out a shotgun and pointed it at him.”

Six other witnesses testified for the defense — all neighbors who testified about sharing reports of property crimes or suspicious people on the neighborhood’s Facebook page. Bryan and Gregory McMichael did not testify, and Dunikoski had no redirect after all three attorneys rested.

During the course of Thursday’s testimony, Bryan’s attorney for the third time objected to the presence of well-known Black pastors in the courtroom with Arbery’s family, ABC News reported. Previously, Kevin Gough had sought to remove Al Sharpton and Jesse Jackson, and it was again Jackson who drew his ire on Thursday. Walmsley, who had previously rejected Gough’s arguments that the mere presence of Sharpton or Jackson would be intimidating to the majority white jury, did so again on Thursday, telling Gough that at no time have the ministers been disruptive.

Meanwhile, apparently in response to Gough’s comments in court, several hundred Black ministers gathered outside the courthouse for a prayer vigil.