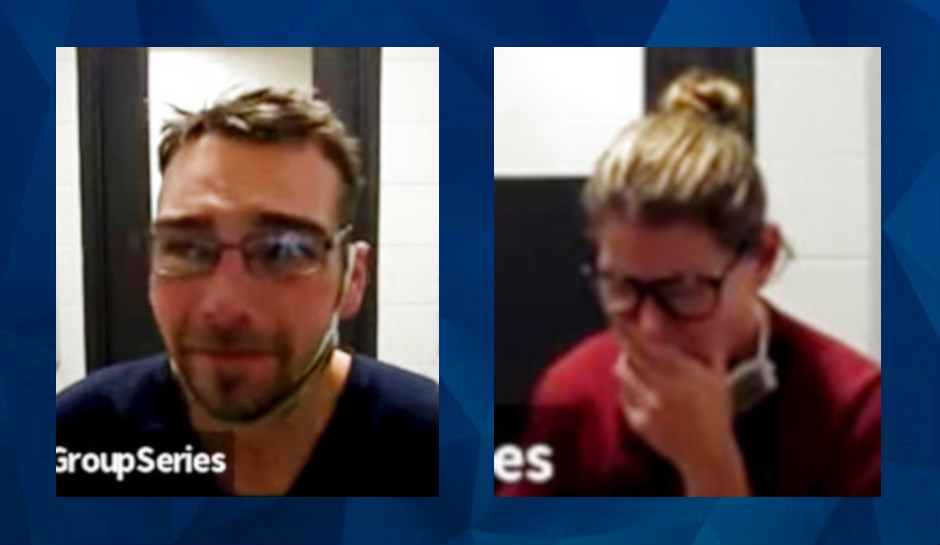 Oakland County Sheriff Michael Brouchard said investigators are looking for information about a person who may have helped the parents of Oxford High School shooting suspect Ethan Crumbley hide from police.

James and Jennifer Crumbley were found early Saturday morning when a business owner spotted their car behind a commercial business in Detroit and called police. The pair were arrested and returned to Oakland County, where they were arraigned on four counts of involuntary manslaughter each, as CrimeOnline previously reported.

“We believe they were assisted in that location, to get there and get in,” Bouchard said at a Saturday afternoon news conference, the Detroit News reported. “We’re gathering information and will present that to our prosecutor for potential charges for either aiding and abetting, or obstruction of justice.”

Bouchard said that all three Crumbleys are in isolation from each other and from other inmates and that they have been place on a suicide watch “out of an abundance of caution,” although none of them have given any indication they may be suicidal.

Ethan Crumbley, 15, faces 24 charges for the deaths of four students and the wounding of seven more people, including a teacher, on Tuesday. Oakland County Prosecutor Karen McDonald filed charges against his parents because James Crumbley bought the gun he used in the shooting as an early Christmas present for his son, who had easy access to the weapon.

Additionally, as the Daily Beast reported, a teacher spotted Ethan researching ammunition while in class on Monday, the day before the shooting. That teacher telephone and email his mother, who didn’t reply, but did text her son “Lol, I’m not mad at you. You have to learn not to get caught.”

The teen’s parents were “immediately summoned” to school the following morning when a teachers saw a note the boy had written that “alarmed her to the point she took a picture of it on her cell phone,” CrimeOnline reported. The note included an illustration of a gun and a bullet, with the words “The thoughts won’t stop, help me” and “blood everywhere,” the teachers said.

The Crumbleys were told to get their son into counseling, but they refused to take him home and insisted he return to class. Shortly afterward, he began the massacre. When news of the shooting reached Jennifer Crumbley, she again texted her son: “Ethan, don’t do it.”

McDonald said Thursday afternoon she was considering charging the parents and would make a decision within 24 hours. Bouchard said Saturday that as soon as he knew charges were imminent, deputies began to prepare, the News said.

“We began to do what we could to look for them, short of what the expanded capabilities are when you have an actual warrant, either a search warrant or an arrest warrant,” he said.

Once deputies had the warrants in hand, they set to work.

“We’re not going to sit there and tap our fingers on the front desk and wait for them to come in,” the sheriff said.

Deputies made arrangements with the Crumbleys attorneys for them to turn themselves in at 2 p.m. on Friday, Bouchard said, with arraignment set at 4 p.m. But they didn’t show. Oakland County’s fugitive apprehension squad began searching for them, joined by the US Marshals fugitive team. Then, the Crumbleys’ attorneys complained that they were not fleeing from law enforcement and intended to return.

But they didn’t. Detroit Police found them at 2 a.m. Saturday morning and sent them back to Oakland County. Their attorneys issued another statement insisting that they were not hiding in the basement of the Detroit building and intended to surrender “first thing this morning.”