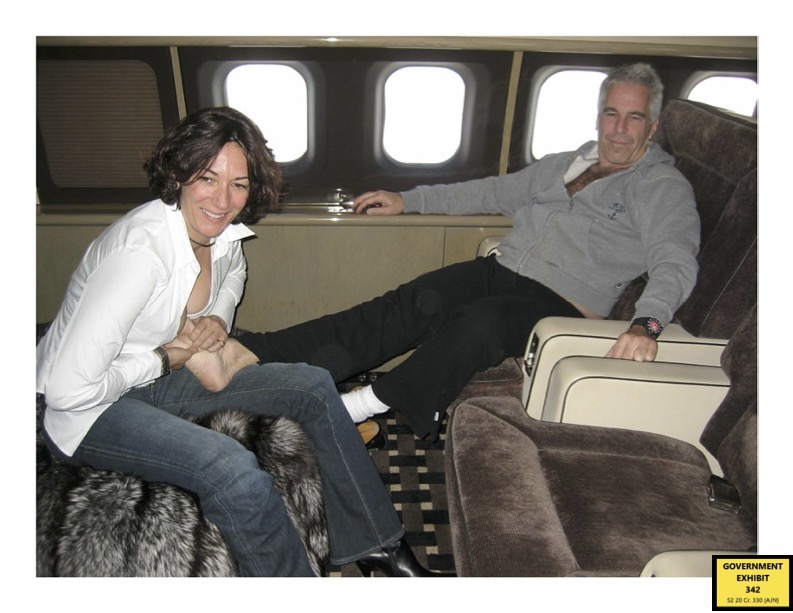 Ghislaine Maxwell likely believes that Jeffrey Epstein didn’t kill himself, but was instead murdered, according to a new podcast interview with her brother.

Maxwell’s brother, Ian Maxwell, explained in a recent interview with the podcast “Americano” why he suspects his sister doubts the official finding that Epstein committed suicide.

“It so happens one of the conspiracy theories about my father is that he was murdered rather than committed suicide or died by accident,” Ian Maxwell told the podcast.

“Of all my siblings, Ghislaine is the only one who happens to believe he was murdered. I would venture to think that she also thinks that Epstein was murdered.”

Ghislaine Maxwell’s father, Robert Maxwell, was a British media magnate who died in 1991 while vacationing near Spain. An autopsy found he had a heart attack and drowned. Epstein, with had a close personal relationship with Ghislaine, died in August 2019 in a Manhattan jail cell as he was awaiting trial on federal charges of child sex trafficking.

Ian Maxwell told the podcast that he also does not entirely buy the conclusion that Epstein hung himself.

“I’m not wholly convinced that he killed himself. It’s not been very well explained how a man under 24-7 guard . . . could somehow die on US watch,” Ian Maxwell told the podcast.

Guards at the Metropolitan Correctional Center who were supposed to be monitoring Epstein reportedly failed to check on him every 30 minutes, according to CBS News.

One forensic pathologist told CBS News that the fractures Epstein incurred were more consistent with homicide than suicide.

Ian Maxwell has reportedly not spoken with his sister since June 2019, although he and other Maxwell family members are able to communicate with her through her attorneys.

Authorities arrested Ghislaine in July 2020 on child sex-trafficking charges, premised on the theory that she recruited underage girls for Epstein.

“The case against her is really a case against Jeffrey Epstein that’s been reverse engineered post his death against my sister,” Ian Maxwell told the podcast.

“It’s been driven from the start by a combination of enormous embarrassment on the part of U.S. legal authorities on the one hand, and by the greed of lawyers for the accused on the other hand that has whipped up tremendous fury against my sister, that has totally trashed her presumption of innocence and led to her being jailed for more 525 days, in isolation, treated as guilty before any trial.”

Ian Maxwell called the treatment of his sister “a disgrace” and said “America must be held to account for what happened here,” according to the podcast.

Prosecutors on Friday rested their case against Maxwell. Her defense attorneys are expected to start their case in the coming week, CNN reports.