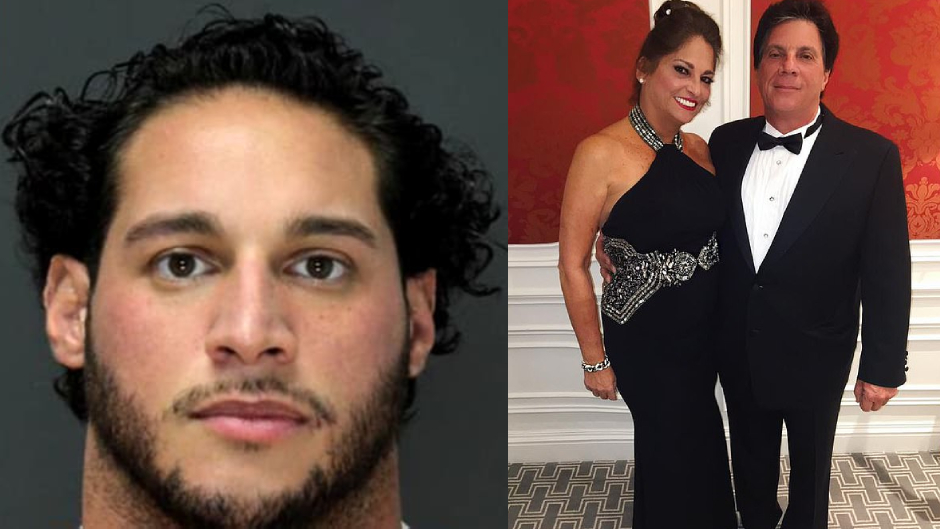 WHAT A MUG: Bodybuilder Son Shows No Remorse After Parents Shot in Family Mansion

A man is awaiting extradition in New Jersey after allegedly shooting his parents at their New York mansion on Christmas Day.

Dino Tomassetti, 29, reportedly shot his father, Rocco Tomassetti, 65, in the back and his mother, Vincenza Marsicano-Tomassetti, 64, in the head at their $3 million Long Island home early Saturday. The pair have undergone surgery for their injuries, and law enforcement sources told the Daily Voice that the father is in more serious condition.

As CrimeOnline previously reported, Dino Tomassetti was arrested in Bergen County, New Jersey, after police used GPS to track the Cadillac Escalade he used to flee the scene.

The shooting suspect is a bodybuilder at Retro Fitness, while his father’s company, Empire Transit Mix, provided concrete for the Freedom Tower.

According to the New York Post, the shooting suspect’s late grandfather, Dino Tomassetti Sr., owned the Laquila Group — a construction company that had Goldman Sachs among its clients. The New York Times reported in 2006 that the elder Tomassetti was indicted for making illegal payoffs for union officials.

The Times also reported that Dino Sr. and Rocco Tomassetti were jailed in 1997 for running an illegal waste transfer site in Brooklyn.

According to the Daily Voice, the 29-year-old suspect is currently charged with being a fugitive from justice. Additional charges will depend on the condition of the hospitalized parents.