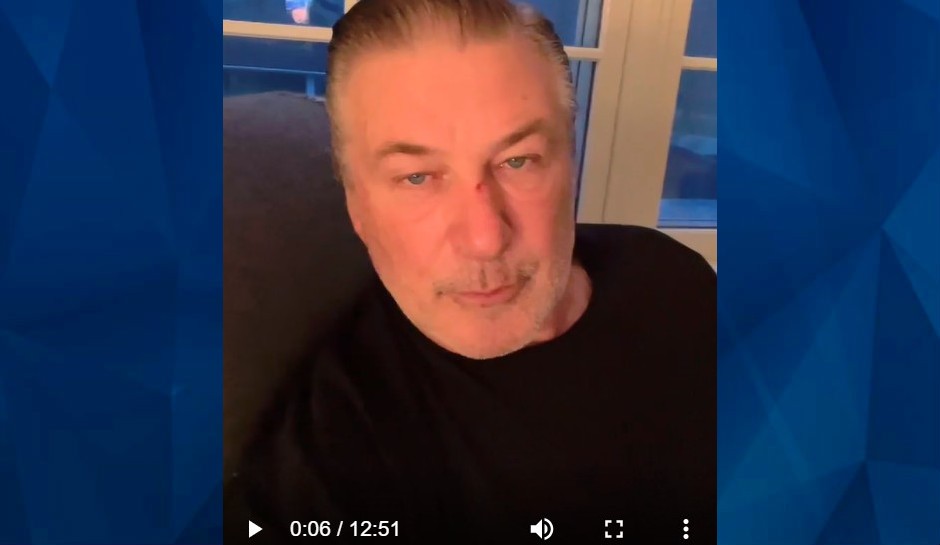 The actor Alec Baldwin has surrendered his phone to authorities investigating the deadly shooting last year on the set of the film “Rust,” CNN reports.

New Mexico police had secured a warrant for the phone on December 16 and notified Baldwin’s lawyer of the warrant.

However, Baldwin did not turn the phone over immediately because he wanted to make sure that unrelated and private communications were not examined by investigators, according to the New York Post.

“There will be some exempt information that’s not considered pertinent to the investigation, such as attorney-client privilege material, communications between Mr. Baldwin and his attorney as well as spousal privileged information,” Santa Fe County Sheriff’s Office public information officer Juan Rios said in a statement on Friday, the Post reports.

Authorities sought the phone as part of their investigation into the October 21 fatal shooting of cinematographer Halyna Hutchins. Joel Souza, the film’s director, was also injured.

Baldwin has said previously that he and Hutchins were reviewing how to position his hand when the gun fired.

“I’m holding the gun where she told me to hold it, which ended up being aimed right below her armpit, was what I was told,” Baldwin told ABC News in December. “I would never point a gun at anyone and then pull the trigger.”

On Friday, Baldwin provided the phone to the Suffolk County Sheriff’s Office in New York, which will extract the relevant data and provide it to New Mexico authorities.

One day earlier, the Santa Fe County Sheriff’s Office had issued a press release stating that “to date, the cell phone has not been turned over to authorities,” KRQE-TV reports.

Baldwin posted to social media earlier this month that he was working to comply with the search warrant. He said that because he does not live in New Mexico, authorities have to engage in a process that requires them to work with his state of residence to execute the warrant, which takes time.

“Any suggestion that I am not complying with requests or orders, or search warrants about my phone, that’s bullsh*t. That’s a lie,” Baldwin said in a January 8 Instagram video.

“It’s a process that takes time. They have to specify what exactly they want. They just can’t go through your phone and take, you know, your photos or your love letters to your wife or whatever,” Baldwin said. “But, of course, we are 1,000 percent going to comply with all that. We’re, you know, perfectly fine with that.”

Investigators are looking for messages, communications data and any photos or videos related to the film on Baldwin’s phone.

Baldwin’s lawyer, Aaron Dyer, told CNN that he does not expect investigators to find anything helpful on the device.

“There are no answers on his phone. Alec did nothing wrong. It is clear that he was told it was a cold gun, and was following instructions when this tragic accident occurred,” Dyer told CNN.

“The real question that needs to be answered is how live rounds got on the set in the first place,” Dyer added, according to CNN.