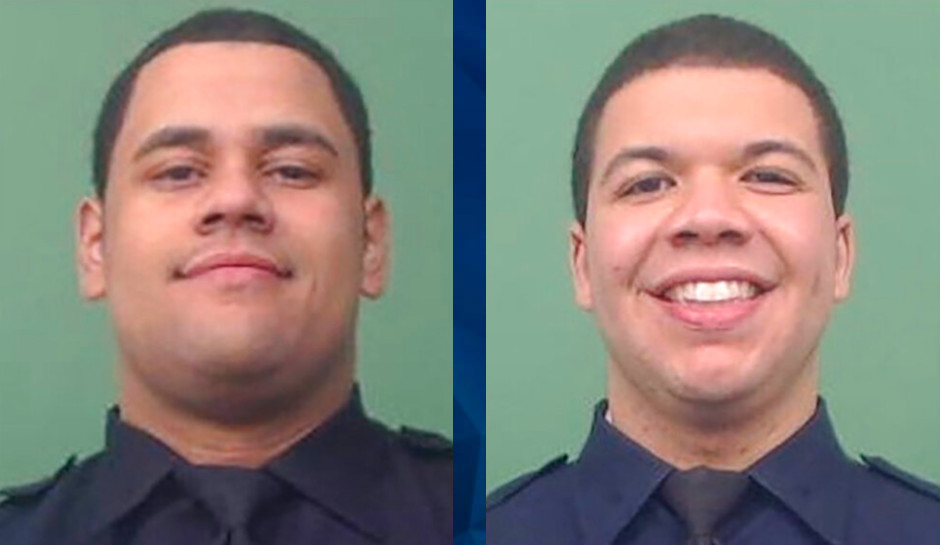 The man charged with shooting two New York police officers responding to a domestic call on Friday kept firing at the two officers even after they were down on the floor of the Harlem apartment.

Jason Mora, 22, was killed in the shooting, and his partner, 27-year-old Wilbert Mora, was left clinging to life in critical condition with a bullet lodged in his brain, as CrimeOnline previously reported.

The suspect, 47-year-old Lashawn McNeil, had been listening to extremist anti-government and anti-police podcasts before he opened fire on the officers, who had responded to his mother’s call about a domestic dispute with her son, according to the New York Post.

“Evidence indicates that both officers were shot after being struck and having fell to the ground,” a source familiar with the investigation told the Post.

Another source said it was “all captured on their body cameras.”

Mora, who was initially taken to Harlem Hospital, was escorted to NYU Langone Hospital by fellow officers on Saturday night, WABC reported. Firefighters and uniformed police officers also lined the street on Sunday as Rivera’s body was taken by hearse from the city’s medical examiner’s office.

The medical examiner said that Rivera died from gunshot wounds to the head and torso.

Rivera, Mora, and a third officer arrived on the scene and spoke with McNeil’s mother, then went toward the room where he son was. He suddenly opened the door and opened fire, police said. Rivera was in front and was shot first, and Mora was hit as he tried to duck into the kitchen. The third officer, who had remained behind with McNeil’s mother, shot the suspect, who was also said to be in critical condition at a hospital.

“I am struggling to find the words to express what we are enduring, we’re mourning and we’re angry,” said NYPD Police Commissioner Keechant Sewell. “The pain their families are experiencing is not something anyone can put into words. The three officers who arrived at that scene were doing their jobs.”