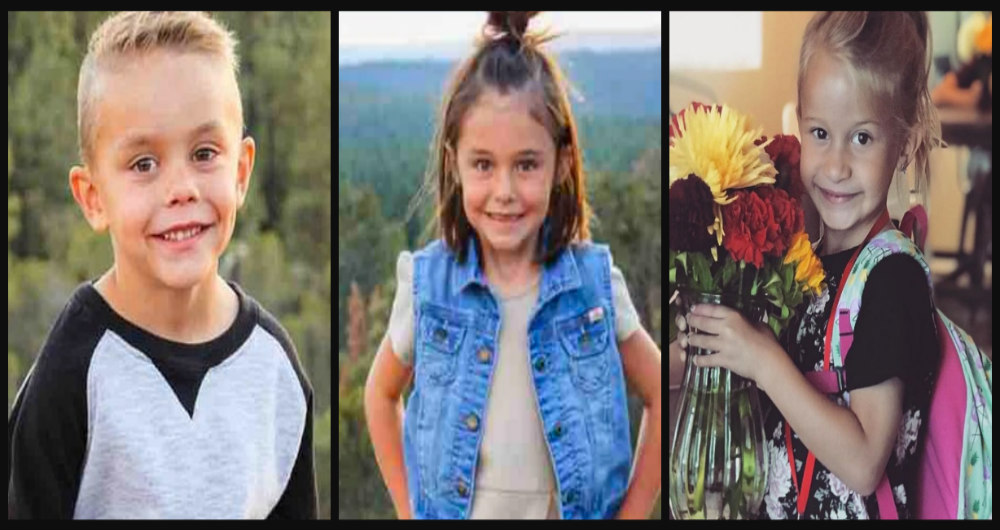 No Jail Time for Parents of Three Children Who Drowned After Family Drove into Flooded Creek, Despite Warnings

An Arizona couple has been sentenced to probation after their guilty pleas in a case involving the deaths of three children, who drowned when the family drove into a flooded wash.

Lacey Rawlings, 34, was formally sentenced to four years probation on Thursday, while her husband, 38-year-old Daniel Rawlings, was sentenced to five years of supervised probation, according to KSAZ.

The incident took place in late 2019 while the family was gathered for the Thanksgiving holiday. The Rawlingses, their four children, and three nieces went out to go shopping when Daniel tried to drive his military-style vehicle over Tonto Creek, flooded from a powerful storm, despite barricades and signs marking it closed.

The vehicle got stuck as the creek waters raged around them. Lacey, Daniel, their two oldest children, and two nieces escaped, but three children — 5-year-old Colby Rawlings, his 6-year-old sister Willa, and their 5-year-old cousin Austin — were swept away.

The bodies of the 5-year-olds were found just downstream from the failed crossing. An extensive search for Willa finally located her bout about 20 miles south of the crossing, in Roosevelt Lake.

Lacey and Daniel Rawlings pleaded not guilty to the charges in 2020, as CrimeOnline previously reported. They were scheduled to go to trial in March, when they would have faced dozens of years in prison if convicted.

“There has got to be some punishment, judge,” Soos said. “The child abuse statutes impose a duty upon caretakers to look out for the safety of children.”

The court received dozens of letters in support of the couple, and Austin’s mother, Lauren Johnston, spoke on the couple’s behalf.

“They deserve two healthy parents who can advocate and support them emotionally,” Johnston said, referring to the Rawlingses’ surviving 12- and 13-year-old children. “I want Daniel and Lacey to know that I do forgive them. I will never understand, but I forgive you for taking my daughter from me.”

Lacey Rawlings also addressed the court, saying the decision to try to ford the flooded creek was “a mistake.”

Since the incident, Gila County has received a $21 million federal grant for a bridge over the normally dry wash, which many people cross daily. Since 1995, at least eight people have died trying to make the flooded crossing.

Gila County Public Works Director Steve Sanders said the county will begin taking bids for the bridge next month and expects to start construction in October.