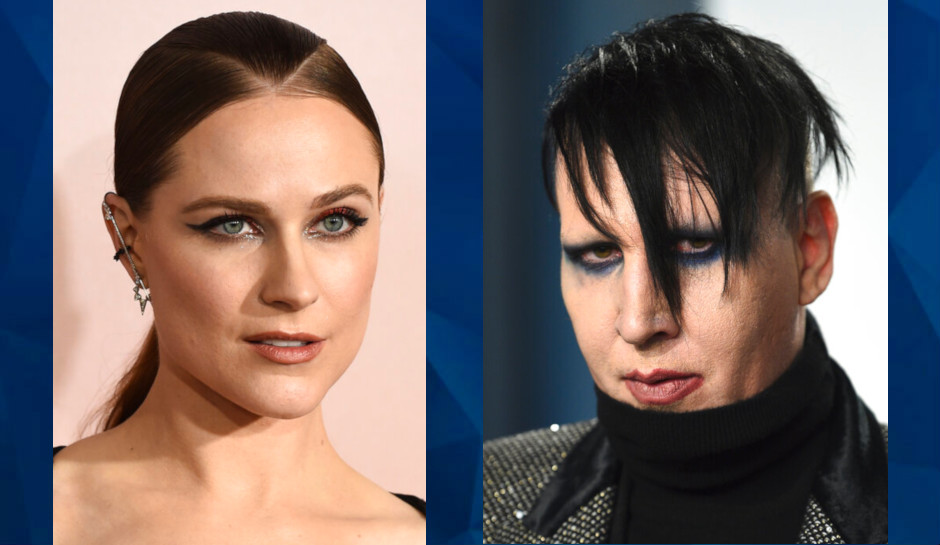 Brian Warner, better known as goth rocker Marilyn Manson, has filed a defamation suit against actor Evan Rachel Wood, claiming that his former fiancee made up allegations that he sexually assaulted her and other women to further her career.

Warner’s lawsuit accuses Wood and Ashley Gore, aka Illma Gore, who Warner says have been “romantic partners since approximately 2019,” of concocting the allegations against him and engaging in a campaign of harassment that including “swatting,” obtaining his social media passwords, and impersonating a federal agent.

The suit seeks damages and an order barring Wood and Gore “from engaging in further wrongful conduct toward Warner.”

Wood and Warner were in a relationship from 2006 until 2010 and engaged in the last year of their relationship.

The lawsuit appears timed with Wood’s coming HBO documentary, “Phoenix Rising,” scheduled to debut on March 2017. In the film, Wood says that she was “essentially raped on camera” while filming a music video for Manson in 2007. The documentary supports efforts to pass legislation in California that would extend the statute of limitations in domestic violence cases and brings up sexual assault allegations against Warner by other women, The Hollywood Reporter said.

Warner has denied all the allegations against him, but his record label, Loma Vista, and Creative Artists Agency have dropped him.

Warner himself announced the lawsuit, tweeting from his Marilyn Manson account that “There will come a time when I can share more about the events of the past year. Until then, I’m going to let the facts speak for themselves:” with a link to a Google drive containing a copy of the lawsuit.

There will come a time when I can share more about the events of the past year. Until then, I’m going to let the facts speak for themselves: https://t.co/WmQqhZcPPB

HBO is not a defendant in the lawsuit. Warner’s attorney, Howard King, said that HBO was duped into distributing the documentary.

While “Westworld” actor Wood is named prominently in the lawsuit, Warner reserves most his allegations for Gore, calling her “a grifter who understand that an organized attack on Warner — spearheaded by Wood’s own fabricated revelation of rape and abuse — could benefit them both.” Gore, he said swatted him — calling police claiming to be a friend who couldn’t reach him and was concerned — and that she recruited other women to claim he abused them and provided scripts for them to follow.

According to the lawsuit, the two also created a fake letter from a federal agent claiming that Warner’s victims could be in danger and that agents were conducting an investigation.

Several women have filed lawsuits against Warner, including his former personal assistant Ashley Watters — who is mentioned in his lawsuit — and “Game of Thrones” actor Esme Bianco, as CrimeOnline previously reported. Another woman, known only as Jane Doe, has also filed suit, claiming he raped her and forced her to watch a video that made it appear he had killed a young fan.