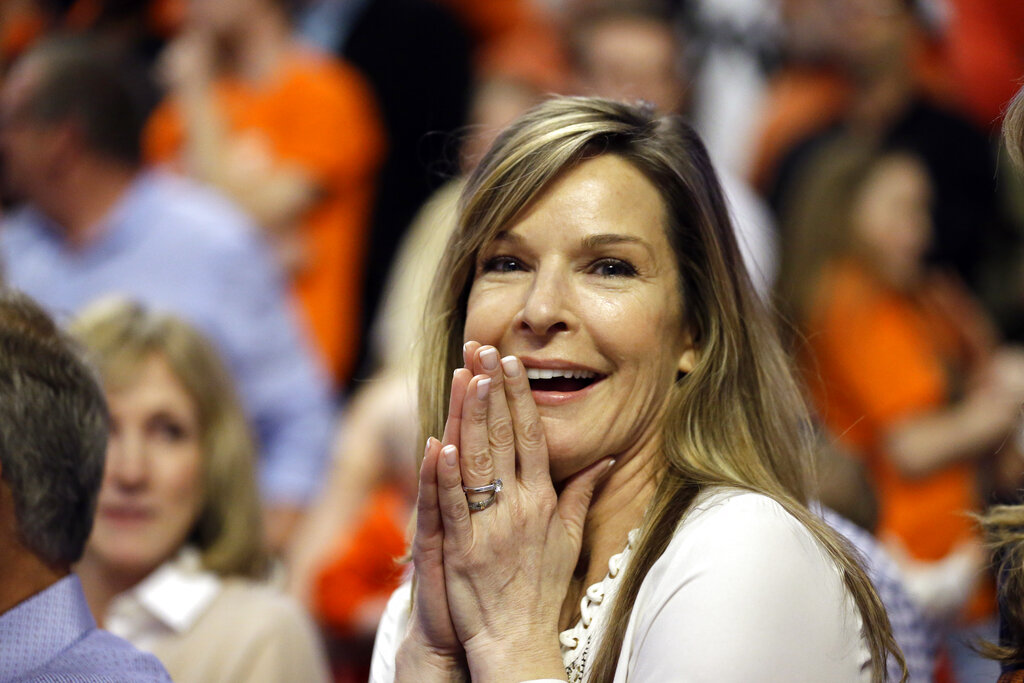 A 12-year-old boy was arrested for allegedly robbing the wife of Syracuse University basketball coach Jim Boeheim outside a shopping mall.

According to the New York Post, the unidentified juvenile is accused of approaching Juli Boeheim last week as she was in a parked car outside of the Destiny USA mall in Syracuse. He allegedly pointed an air gun, a weapon that uses compression to fire projectiles, at the victim and reached into her car to grab her purse. The 12-year-old then reportedly fled the scene with three adults in a vehicle that is believed to have been stolen.

Juli Boeheim was unhurt, and her husband said in an appearance on an ESPN radio show that her first instinct was to help the child who allegedly attacked her.

“If it was an older man, it probably would have … [trailed off]. Her main thought was, ‘Let’s help this kid.’ That’s what she does, we do with our foundation,” Jim Boeheim said on the show.

Juli and Jim Boeheim co-founded the Jim and Juli Boeheim Foundation, which is dedicated to raising funds for at-risk youth as well as cancer research.

According to the New York Post, the 12-year-old boy was charged with second-degree robbery, fourth-degree criminal possession of a weapon and fourth-degree grand larceny. He is being held in a juvenile detention center.