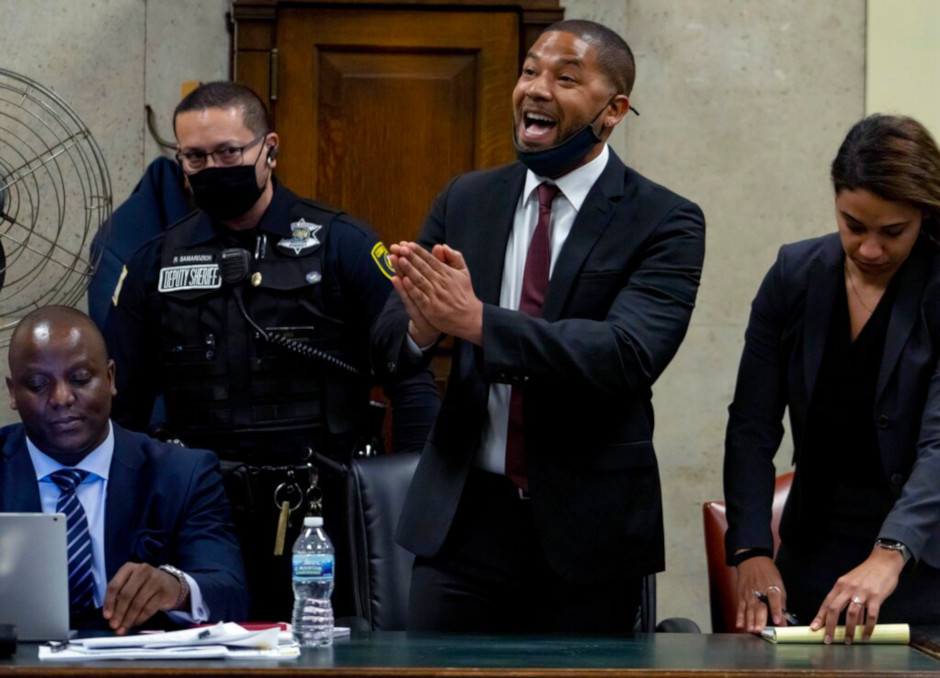 SEE IT: Jussie Smollett Insists He’s Innocent and ‘Not Suicidal’ Before He’s Led Away To Begin 150 Days in Jail

The former ‘Empire’ actor had faced up to three years in prison for each of five convictions of lying to police about the 2019 hate crime attack. The jury found that he had orchestrated the attack himself.

Former “Empire” actor Jussie Smollett was led away from the courtroom insisting upon his innocence — and that he is “not suicidal” — after a Chicago judge sentenced him to 150 days in the county jail for lying about a racist, homophobic attack against him in 2019.

Smollett was convicted in December of five or six counts of disorderly conduct for lying to police officers about the hoax hate crime, as CrimeOnline previously reported.

In addition to the jail time, Cook County Judge James Linn sentenced the actor to 30 months of probation, ordered that he pay the city of Chicago $120,000 for the overtime officers spent investigating his claim, imposed a $25,000 fine, WGN reported.

Linn was particularly harsh on Smollett, telling him after hearing hours of arguments that he “really craved the attention. … You wanted to make yourself more famous, and for a while it worked.”

“You were throwing a national pity party for yourself,” the judge said, noting that a part of the actor is “profoundly arrogant and selfish and narcissistic.”

Smollett did not make a statement during the arguments, but as the hearing came to a close, he quietly told the judge, “I am not suicidal.” Becoming more animated, he repeated the statement and said he was innocent, then rose from the table saying, “If I did this thing then it means I stuck my fist in the fears of Black Americans in this country for over 400 years and the fears of the LGBT community.”

“Your honor, I respect you, and I respect the jury,” he said. “But I did not do this. And I am not suicidal. And if anything happens to me when I go in there, I did not do it to myself. And you must know that.”

Earlier in the day, Smollett’s lead defense attorney, Nenya Uche, argued that jail time would endanger the actor because of the spread of COVID-19, but Smollett himself seemed more concerned with several mysterious deaths of Black prisoners, such as that of Sandra Bland, who was found hanging in her jail cell in 2015, three days after her arrest for allegedly assaulting an officer after a minor traffic stop. Her death was ruled a suicide, but friends and family have never accepted that ruling.

Smollett’s 92-year-old grandmother, Molly Smollett, testified during the sentencing hearing, trashing reporters for failing to investigate deeply enough and urging the judge not to sentence her grandson to jail.

Smollett had faced up to three years in prison on each conviction.