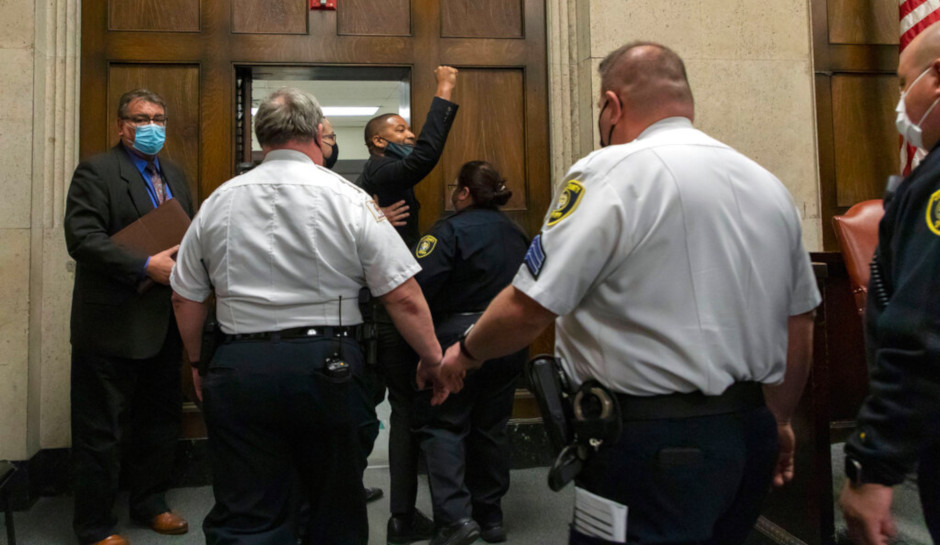 Jussie Smollett has been deemed at risk of self-harm and moved to the Cook County jail’s “psych ward,” his brother says in a video posted to the actor’s Instagram account.

“What’s very concerning is that there was a note attached to his paperwork today and clipped on the front of his jail cell saying that he’s at risk of self-harm,” Jocqui Smollett says in the video.

Jocqui did not say in the video if he had seen the paperwork or spoken with his brother since the alleged transfer, and jail officials have not responded to media requests for comment.

As CrimeOnline reported on Friday, jail officials said that Jussie Smollett was put in protective custody after his sentencing at the request of the actor’s camp.

Smollett was sentenced on Thursday to five months in county jail and 30 months probation for fabricating a hate crime against himself in 2019. Smollett has insisted on his innocence, and at his sentencing hearing, he made a show of pronouncing himself “not suicidal.”

“I did not do this, and I am not suicidal, and if anything happens to me when I go in there, I did not do it to myself, and you must all know that,” he said.

Smollett’s brother reiterated those statements in the video he posted.

“I want to just make it clear to folks that he is in no way, shape or form at risk of self-harm,” he said. “He wants to let folks know … that he is very stable, he is very strong, he is very healthy and ready to take on the challenge that ultimately has been put up against him.”

Jocqui Smollett added that the latest move “is not right.”

“This is completely lack of justice,” he said. “It’s angering. It’s an outrage.”

[Featured image: Actor Jussie Smollett is led out of the courtroom after being sentenced on March 10, 2022, in Chicago. (Brian Cassella/Chicago Tribune via AP, Pool)]