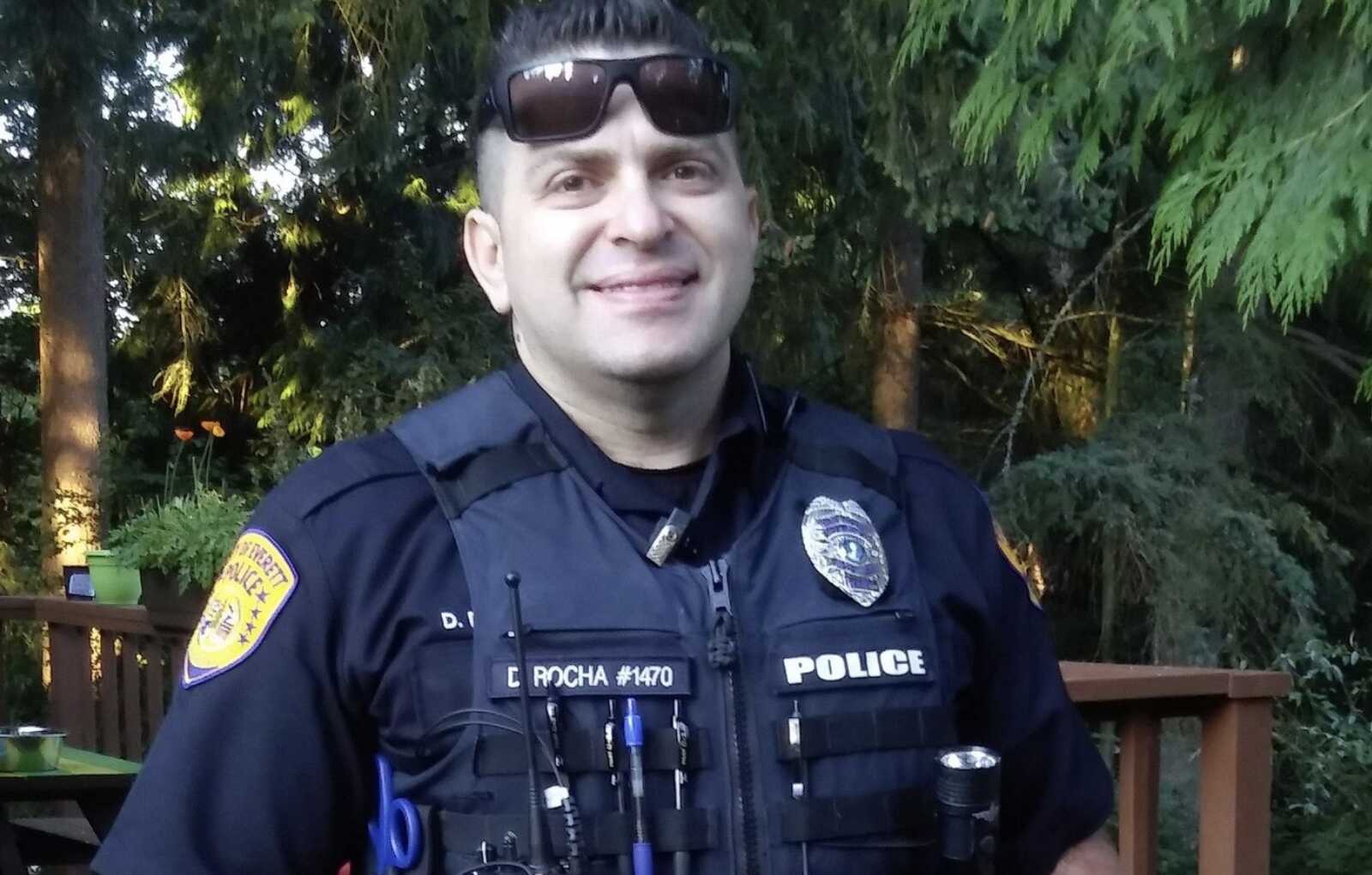 A Washington state police officer was shot multiple times and then run over by a car Friday afternoon as he investigated a man for “suspicious activity.”

Everett Police Officer Dan Rocha, 41, was pronounced dead at the scene in a Starbucks parking lot. He had been with the Everett Police Department since 2017, when he started in parking enforcement, and was a beloved husband and the father of two sons, the Everett Herald reported.

A suspect was captured a few miles away after he was involved in a multi-car collision, as CrimeOnline previously reported. The Herald snapped a photograph of the suspect on the ground in handcuffs after the crash, but he has not yet been publicly identified.

The Snohomish County Multiple Agency Response Team is handling the investigation, and its spokeswoman, Courtney O’Keefe, said that Rocha and the suspect scuffled before the shots were fired. The suspect fled in a Mini Cooper, running over Rocha and losing its back bumper. Although a van involved in the subsequent car crash rolled over, no one other than the 50-year-old suspect was injured in the crash. He was taken to a hospital for treatment of minor injuries and will be taken to jail from there, O’Keefe said.

“Officer Rocha had a heart for service,” Everett Police Chief Dan Templeman said. “He loved the community and the officers he was privileged to serve with every day.”