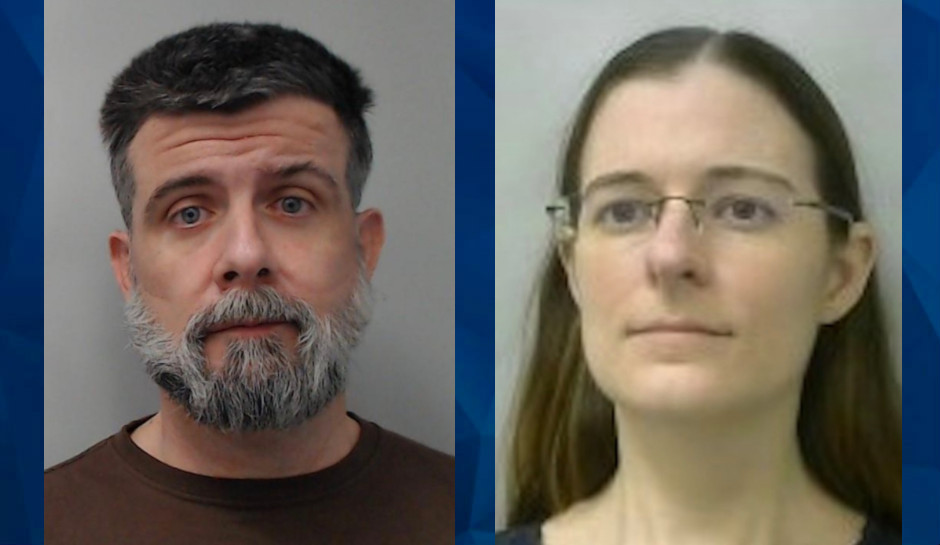 A former Oklahoma criminal defense attorney faces the death penalty for helping her husband — a former client — kill his ex-girlfriend and her parents.

A relative found Titus’s ex-girlfriend, Tiffany Eichor, and her parents Jack and Evelynn Chandler shot to death on September 8, 2019. That relative told police about bad blood between Titus and the family, including that Harroz had allegedly tried to plant drugs at the home.

Surveillance video showed two masked people arrive at the house early in the morning on September 7 — in a vehicle matching the make and model of one owned by Harroz. The video stopped just after 3 a.m., when the intruders allegedly cut power to the house. Near where the vehicle was parked, detectives found a baseball cap containing spent shell casings matching the two weapons used in the murders — and Titus’s DNA.

Harroz and Titus were charged with the killings in April 2021 while already serving time in federal prison for weapons charges related to the murders.

Documents obtained by Law & Crime point to several aggravating factors that prosecutors say warrant the death penalty for both Harroz and Titus. For Harroz, the documents say that she “created a great risk of death to more than one person,” that the killings of Eichor and Evelynn Chandler were “especially heinous,” that the killings of the Chandlers were to eliminate witnesses to Eichor’s death, and that Harroz has a history of violence and would in all likelihood commit more crimes in the future.

A document on Titus is similar and adds that by killing Eichor, he hoped to avoid prosecution for domestic abuse, assault and battery, strangulation, and kidnapping — the case that Harroz had been defending him against.

The “especially heinous” killing of Eichor involved “serious physical abuse, torture, and pain,” the documents said. Evelynn Chandler, the paperwork said, hid in a closet while Eichor and her husband were killed.

Harroz’s law license was suspended after her guilty plea on weapons charges.