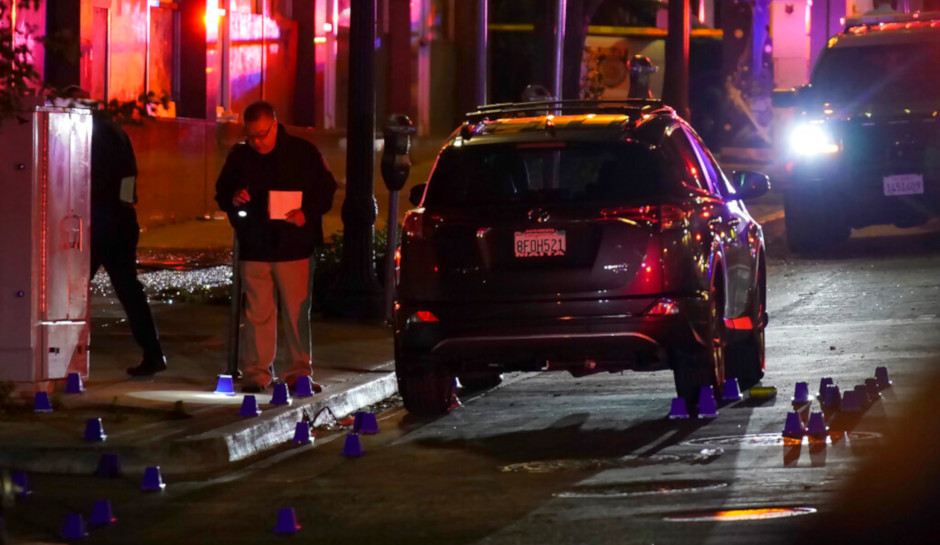 Investigators have not, however, charged Daviyonne Dawson with anything directly related to the shooting, NBC News reported.

Dawson “was seen carrying a gun in the immediate aftermath of the shooting” and later “recovered a handgun and arrested” him, police said.

He’s been charged with being a prohibited person in possession of a firearm.

“Based on the type of firearm recovered, detectives do not believe that this gun was used in the shooting,” police said. “Detectives are continuing to investigate this crime and identify additional suspects.”

Six people were killed when gunfire broke out at about 2 a.m. Sunday as bars in the area were letting out. Another 12 people were wounded.

[Investigators search for evidence in the area of the mass shooting. (AP Photo/Rich Pedroncelli)]