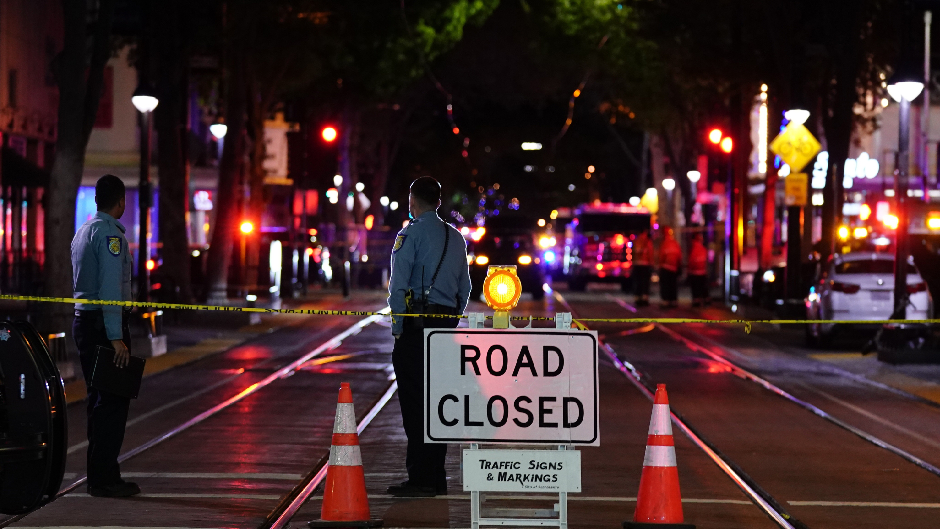 Sunday’s deadly shooting in a downtown nightspot area appears to have a shootout between rival gang factions with at least five shooters participating.

While investigators have not yet determined what sparked the shooting, which left six people dead and another 12 wounded, Sacramento police said that “it is increasingly clear that gang violence is at the center of this tragedy,” the Sacramento Bee reports.

“While we cannot at this time elaborate on the precise gang affiliation of individuals involved, gangs and gang violence are inseparable from the events that drove these shootings,” police said.

The shooting started at about 2 a.m. Sunday, just when the local nightspots were closing and the streets were filled with people heading home, as CrimeOnline previously reported. Police have arrested three people, although none so far have been charged directly with the shooting.

Dandrae Martin, 26, made his first appearance in court on Tuesday. He’s been charged with illegally possessing a handgun, but police said in a news conference on Wednesday that Martin fired his weapon during the shooting.

Martin’s 27-year-old brother, Smiley Martin, is charged with possessing a machine gun and illegally possessing a weapon. He suffered serious wounds during the shooting and is still hospitalized. Police said the machine gun was a handgun that had been illegally converted to full automatic.

A third man, Daviyonne Dawson, was charged with illegally possessing a firearm but was released on a $500,000 bond, and detectives said they don’t believe he participated in the shooting.

Sacramento Police Department spokesman Sgt. Zach Eaton told the Bee that detectives haven’t ruled in or out whether shooters were among the victims. Court records and police indicate at least two were believed to be gang members.

Investigators are still pouring over evidence, including video from the scene, and working to determine who was involved and who wasn’t. The determination that the shooting may have been gang-related points to an uptick in gang activity recently in and around Sacramento.

“This tragedy downtown is a very public example of what families in many of our neighborhoods know too well,” Police Chief Kathy Lester said. “The suffering inflicted by gang violence does not limit itself to gang members. It spills over to claim and shatter innocent lives and harm our entire community.”

[Featured image: A roadblock is set a block away from the scene of the shooting. (AP Photo/Rich Pedroncelli)]